Two British MPs have intervened in the visa battle of a nine-year-old Indian boy who has the potential to be the future world chess champion but must leave the country by next month when his father’s work visa expires.

Shreyas Royal, who has won a series of chess championships, is ranked number four in the world in his age group. His father Jitendra Singh’s IT-related visa will expire in September when the family is expected to return to India.

In a joint letter to UK Home Secretary Sajid Javid yesterday, Opposition Labour MPs and said the UK would lose an “exceptional talent” if Shreyas was to leave.

Their letter notes: “The UK should always encourage the world’s brightest, most talented people to work and make their lives here. Shreyas Royal is recognised by the English Chess Federation as the country’s greatest chess prospect in a generation.” Shreyas Royal, who was born in India, moved to the UK when he was three with parents Jitendra and Anju Singh from Bangalore six years ago. His father was offered a fixed-term contract under the Intra-Country Transfer (ICT) route as an IT project manager with the Tata Group in the company’s UK office. 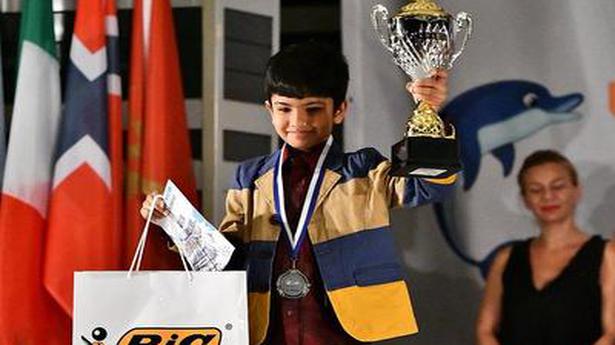 The only way he can now extend his visa for a further four years is if he earned 120,000 pounds a year.

“Government plan to force a chess prodigy to leave the country next month because his father earns less than 120,000 pounds a year. The UK shouldn’t be deporting its brightest young talent. Sajid Javid should intervene and allow Shreyas Royal to stay in the only home he can remember.”

Their intervention came as Shreyas Royal’s parents had appealed to the UK Home Office on the grounds that Shreyas Royal is a national asset but were told in a letter earlier this week that while he showed “immense promise” it did not mean he could remain in the country.

While the Tata Group is happy for Mr Singh to continue working for them in the UK on his current salary, there is no visa mechanism for him to apply to remain in the UK. 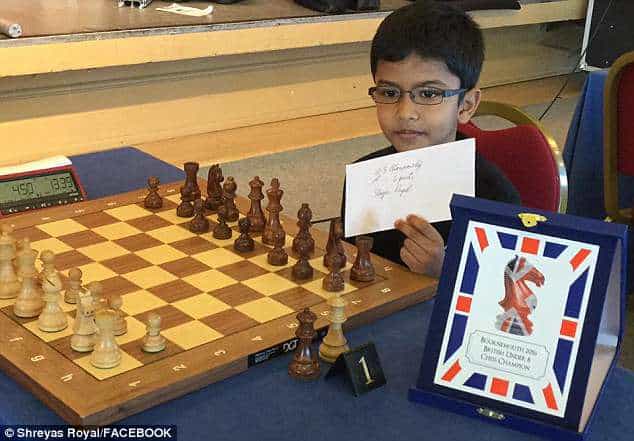 “We just want to request that you can give chance to my son whose talent developed here in England. The support and recognition that he’s getting in England, I’m sure he will not get it in India,” Jitendra Singh said.

Shreyas Royal, nicknamed Shrez, learnt to play the game in Britain and has since represented England internationally. He is currently competing in the British Chess Championships, which could be his last UK tournament.

The UK Home Office said: “Every visa case is assessed on its own merits in line with immigration rules.”