The man that brought us covfefe has now been mocked after a series of errors in tweet that was quickly corrected. The US President had defended his writing style and accused the ‘Fake News’ media of searching for mistakes. However within the post, there were two spelling errors and a questionable boast about actually writing any book that has been a bestseller.

He tweeted: ‘After having written many best selling books, and somewhat priding myself on my ability to write, it should be noted that the Fake News constantly likes to pour over my tweets looking for a mistake. I capitalize certain words only for emphasis, not b/c they should be capitalized!”. 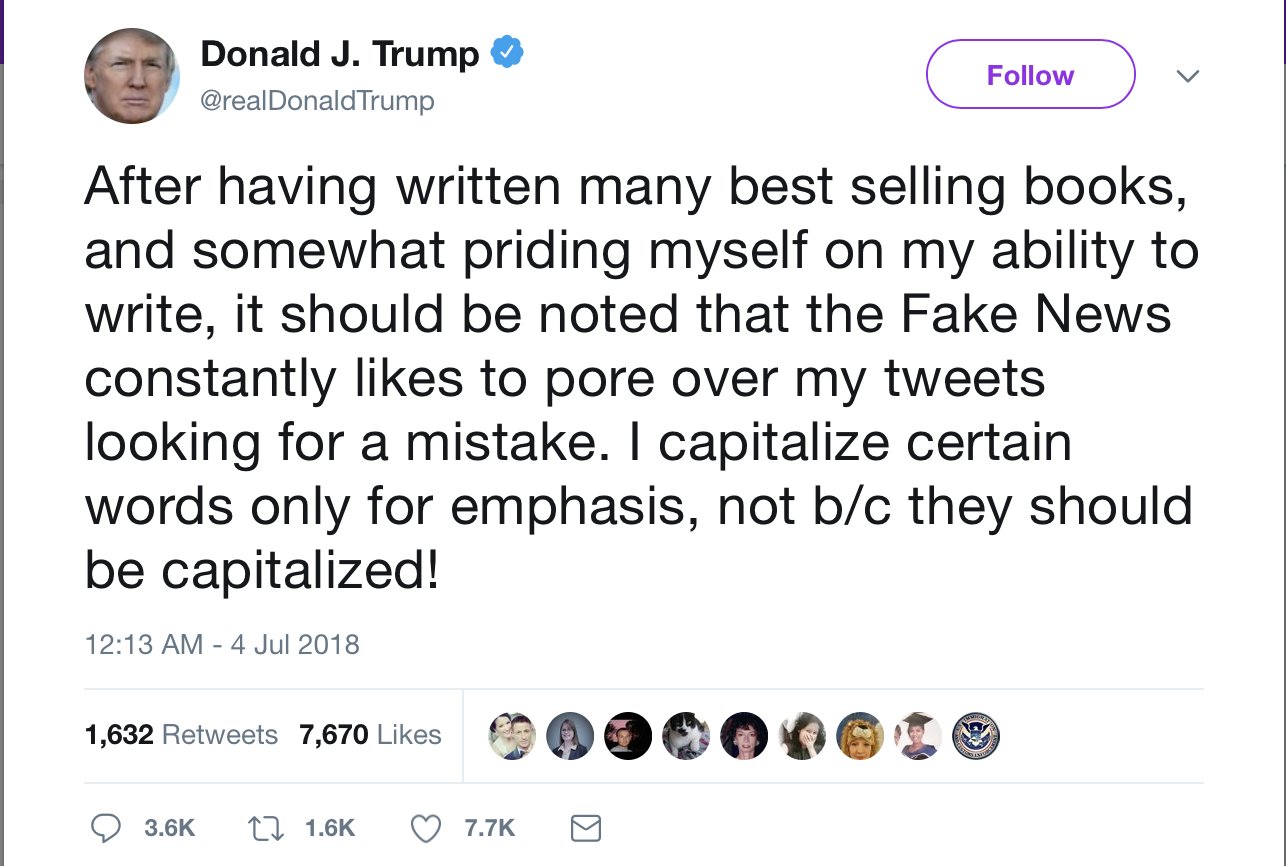 People were quick to point out that ‘pour over’ should actually have been ‘pore over’ and that bestselling is either one word or hyphenated – but never two. There is also the big question of how many books the businessman turned US President has actually written. Chances are they were ghost written by an anonymous author with Trump just adding his name to the cover.

Harry Potter author J.K Rowling was one of the first to mock Trump, posting a series of tweets repeating hahahahahaha. She then inserts a deliberate spelling mistake when concluding: ‘*wipes eyes, tries to control breathing* Seriously, @realDonaldTrump is the Gratest Writer on earth.’

Trump's tweet that he has "written" bestselling books is one more deceit & delusion. He is incapable of reading a book, much less writing one.

This from the man who wrote his book… Damn.

Trump supporters spoke up in support of him, but were quickly shut down.

One person even said that Trumps book The Art of the Deal actually matches the way that he speaks, as if this proves he wrote the book, but this was quickly refuted by Tony Schwartz, the man who actually wrote the book.

Bold move, to argue that Donald Trump wrote his own book when you're speaking to the man who wrote Donald Trump's book. pic.twitter.com/idLfxzPxrt

The original tweet was changed after two hours, presumably after someone in Trump’s team looked in a dictionary for the spelling of ‘pore’. In case you were wondering, no-one still knows what he meant by the word covfefe. 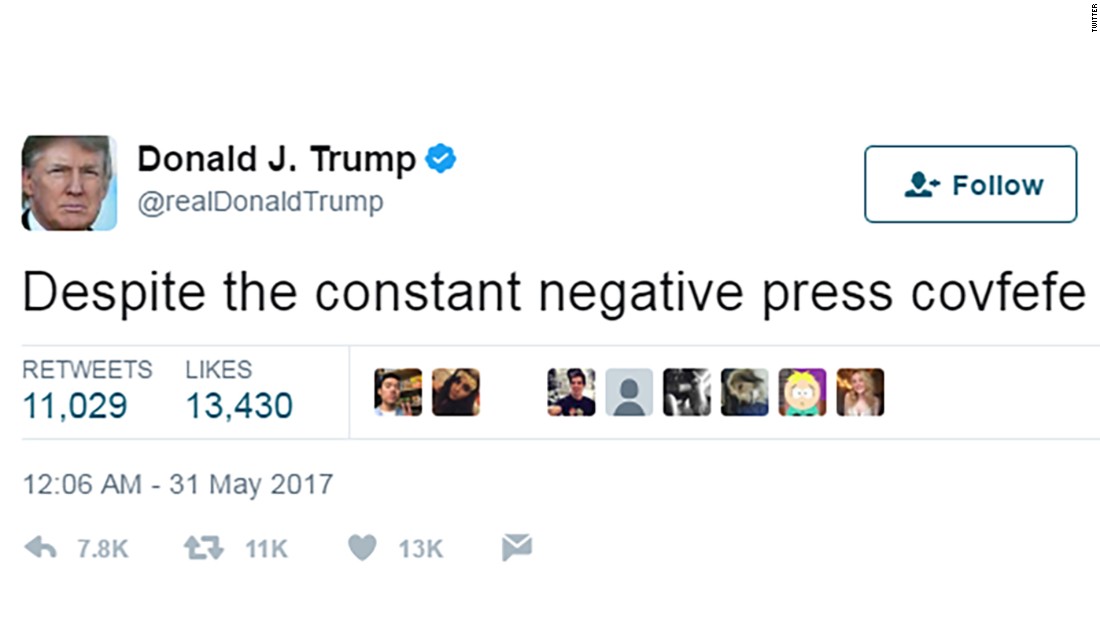