The Indian Premier League is now more than a decade old and it is common for the league to have a lot of rivalries as well. While some rivalries are one-sided but others are well received by the fans. Here we shall discuss the most common rivalries in the history of the league.

Chennai Super Kings is unarguably the most dominant team in the history of this league. They are known for their domination in the IPL points table. The side have been suspended for two years as well but that has not kept them away from their title victories or playoffs each season. However, there is just one team which has been able to dominate the Super Kings right in the playoffs and that is Mumbai Indians.

The Mumbai Indians have defeated the Super Kings two out of three times in the finals of the Indian Premier League. This rivalry has also created the best matches of Indian Premier League as they’re always neck to neck in their matches with each team remaining just a couple of balls or runs short of at the end of their matches. Last year, both teams won one match each with each innings ending at the same score approximately. This time too, the fans would be glued to their T.V screens to check the IPL live score and all the action that will unfold.

Chennai Super Kings and Royal Challengers Bangalore are led by the best captains in the world and this has always led to a great performance in the league. In 2018, both teams showed a great competitive spirit which led to a neck to neck fight between them. In the first match, both teams scored over 200 runs whereas, in the second clash, both had been limited to less than 130. However, the Super Kings clinched the victory at both occasions. 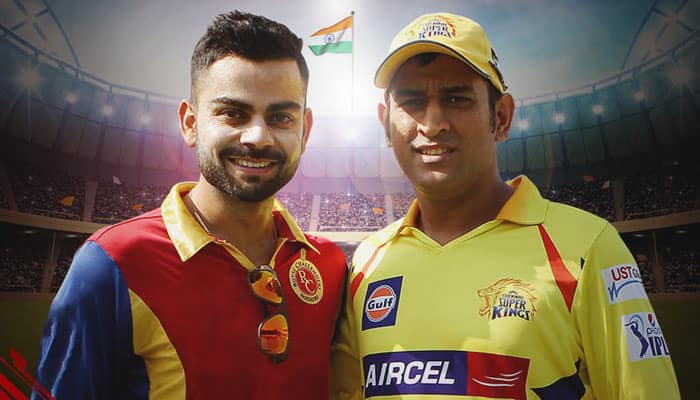 Both Delhi Capitals and Mumbai Indians were once the playhouses of players like Virendra Sehwag and Sachin Tendulkar respectively, and are still well packed with a lot of iconic players. While Mumbai is now filled with players like Hardik Pandya and Jasprit Bumrah, Delhi Capitals have Rishabh Pant and Shreyas Iyer who are power smashers. In their 2018 clashes, the team of Delhi simply outpaced the Mumbai Indians and secured a victory in both home and away matches. The match at Mumbai was a high scoring match where Delhi scored the victory on the last ball, whereas in Delhi, it was totally in favour of the Capitals.

The Royal Challengers Bangalore have housed a great and talented pool of players but that is rendered ineffective by the Kolkata Knight Riders. The Knight Riders have proved this time and again and they have done it easily. In the 2018 season of the Indian Premier League, it was observed that even after having a new and inexperienced captain as Dinesh Karthik, Kolkata Knight Riders easily managed to defeat the Royal Challengers Bangalore which had a whole lot of star performers.

They did it in Kolkata and easily repeated it Bangalore thereby making the path for Bangalore’s exit easier. This rivalry has been in the limelight since the first match of IPL where Brendon McCullum smashed the Royal Challengers Bangalore. And then Kohli-Gambhir spat and switching of players like Gayle and others have all contributed to this amazing rivalry.

This is one of the most untalked rivalries of IPL as it has not been a long one. However, both the teams always die to defeat each other and the head to head stats change every year. In 2017, Rajasthan Royals were leading by 4-3 but at present, the Sunrisers are leading by 5-4. Also, the most iconic performances of these teams have come against each other, although their encounters have always been low scoring ones only. In 2018, the Sunrisers easily defeated the Royals in both the matches, which were low scoring.