Star Wars is a well established institution in our collective cultural consciousness. Its impact on Hollywood alone is so immense that its difficult to put into words. Today is May 4th, Star Wars Day and we thought we’d celebrate the occasion by compiling the internet’s most hilarious tributes to the beloved franchise.

May the 4th be with you!

The Chinese Bootleg Subtitles for The Last Jedi are Priceless

A pirated copy of Star Wars: The Last Jedi with the mistranslated title, Star War The Third Gathers: Backstroke of the West translated the film into Mandarin Chinese, and translated that back into English for the subtitles. The professional vibe is clear from the outset and the unintentional hilarity caught the attention of the internet at large.

Tumblr Added Sarcastic Captions to Scenes from The Movies

Of the many fandom activities you can engage with on tumblr (drawing fanart, or arguing about pop artists until someone threatens to kill you) one fun pastime is the “incorrect quotes” format. By combining screenshots and GIFs from fans’ favourite franchises with quotes from TV and Social Media, you create an alternate universe where iconic characters are just as sassy and relatable as you want them to be.

The Finn and Poe Bromance

The bromance between Poe Damarion and Finn is absurdly twisted into hilarity by the likes of the internet, a place of jokesters and memes of all kinds. But none so accurately capture the essence of The Force Awakens than this, showcasing a prominent scene involving their gearing up for battle against the evil First Order.

Kylo Ren is anything but a new Darth Vader, but he does act similarly to Anakin Skywalker in a number of ways, one of which is his simple-minded belief that he’s the most awesome badass in the galaxy far far away.

So being the coolest guy in the galaxy with major daddy issues makes him a huge loner.

When you’ve got some of the funniest Star Wars memes to help you along the way, they’re ten times better. Like this, combining our beloved show from childhood, Pokémon, with that of Padme’s death. Maybe next time you’ll get it right, Anikin, all you gotta do is use the Force after all. 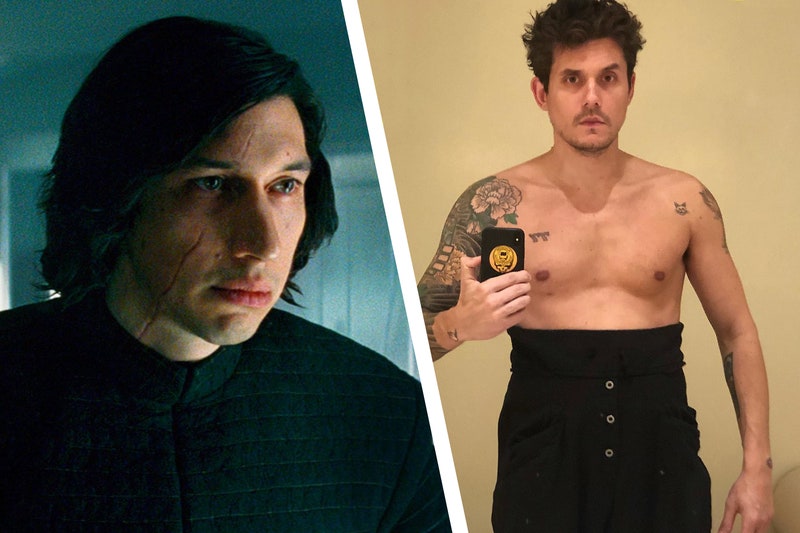 You’d think if you’ve got a mind-meld meeting scheduled with the evil Kylo Ren, the least he can do is put a shirt on. Unfortunately for Rey, shirtless is just the way Kylo Ren rolls. However, while she was uncomfortable with Kylo’s look, it is making for one very silly internet meme, one that even John Mayer had to get in on. The Kylo Ren Challenge is certainly one way to prove your body is a wonderland.

Not a whole lot to explain on this one, right? Didn’t think so, so let’s just get right into appreciating how absurd this fad really was with some of our favourite entries.

@johnmayer this is my brother #kylorenchallenge

If you need more of these terrific memes, Imgur’s dump of alternate endings is priceless.

Make sure you have subscribed to notifications from Dopewope on Facebook to get all the latest Star Wars dope. Do give us a thumbs up if you liked this story and would like to see more of these.