Ever since Sanjay Dutt’s biopic “Sanju” got released, it has been the talk of town. Be it about the Daring Dutt’s dramatic and topsy-turvy life, or Ranbir Kapoor’s acting, the movie has been taking the headlines since quite some time now.

The irony of the film is that none of Sanjay Dutt’s movies have ever grossed 100 crore but his biopic, portrayed by someone else, got into the 100 crore club. We have been hearing mixed reviews of the movie itself. While some fans are more than pleased in terms of story-line, artists’ performances, some are not that happy regarding exclusion of many important walks of their very own Sanju Baba’s life.

Here in this article, let us see one such interesting story which wasn’t featured in the movie and yes, it involves the King Khan, Shahrukh himself!

On one of the shows hosted by Shahrukh Khan, he happened to invite Sanjay Dutt and Boman Irani and that is when SRK revealed this story on national television. It happened on the sets of KBC when he had the duo on the hot seat. 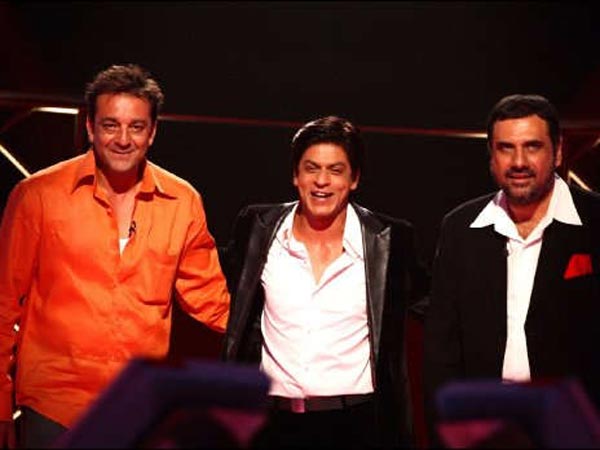 Shahrukh opened up that during the initial phase of his career, he had got into a big fight. King Khan added, he had wished it was Delhi and not Mumbai as he would have had people to turn towards for help. It was then that a man came to visit him in a jeep and said, “Agar koi tujhe haath bhi lagaye toh mujhe batana.”

Following SRK’s reminiscence, Sanju Baba too added his comments regarding the incident by saying that he was glad to know that even after years, Shahrukh hasn’t forgotten about it. Sanjay Dutt then narrated the incident much more precisely. Dutt said, he assured SRK that he can see him as his brother, family and he can call him for any help, whenever. Deadly Dutt also disclosed that he even had offered his car to Shahrukh Khan.