In a tragic collision in Ontario province, Canada, a student from Coimbatore district, Tamil Nadu, has been killed by a speeding car that was reportedly driven by a drunk driver.

Naveen Raj, a 24-year-old student doing his MBA at Durham College, was waiting at a traffic signal in a black Honda City at the signal of Taunton Road West and Thornton Road North when a speeding car reportedly rammed into his vehicle from behind. The impact of the crash instantly killed Naveen who was declared dead by paramedics at the spot.

Visuals from the scene show the back of Naveen’s car completely wrecked with debris strewn on the road.

According to local news channel CP24, whose reporter was at the scene of the crash, a black Honda with an Uber sticker at the back was traveling westwards at 2 am on Wednesday “at an extremely high speed” on a road that had a speed limit of 60 kmph. It was suspected that the speeding car was driving at twice the speed limit. 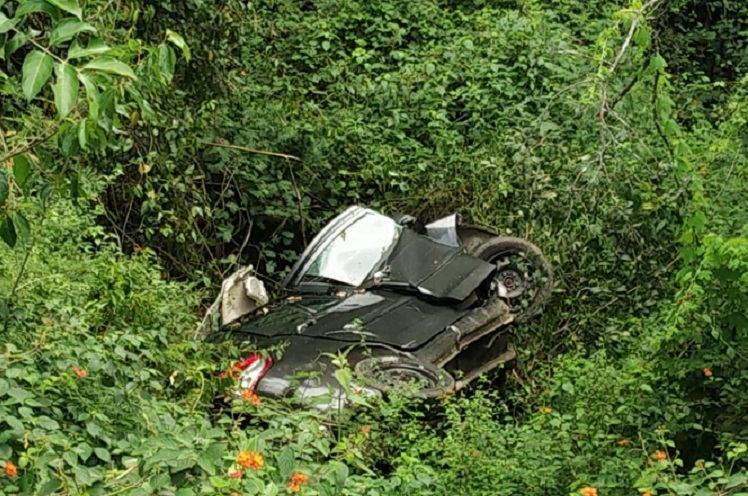 The channel reports that the police department’s Collision Investigation Unit arrived at the scene, cordoning off the intersection where the accident had taken place.

George Tudos, a police officer said that the 36-year-old driver of the car that had caused the accident has been arrested and is facing alcohol-related charges.

However, according to another channel CBC, David McDougall, the duty inspector said that “it was too early to say whether high speed is a factor.”

Speaking to TNM, Naveen’s friend Aadhi says that Naveen was returning home after part-time work. “He works at night as a part-time pizza delivery boy to support his studies. His parents are not well off, they can’t travel to Canada. They are dependent on our friends from Canada to know what is happening.”

While the college is helping bring Naveen’s body back, Aadhi and his friends have called for a transparent investigation.

Aadhi says the local police have reportedly informed Naveen’s friends in Canada that it would take 48 hours to complete the post-mortem and other procedures before they can hand the body over.

Uber has reportedly stated that the driver’s access to the app was canceled and his last trip was in August.