Survival of the Fittest – This story is somewhat dependent on this truth about nature.

Kay Longstaff, a Britain Lady, was left stranded in the deep sea for nearly 10-hours before she was saved by a rescue team. The 40-year-old, unfortunately, fell off the deck of the vessel – Norwegian Star. She was pulled from the Adriatic Sea on Sunday Morning.

The lady said she was lucky to survive and thanked her rescue team. As per one of the rescue team member, she also revealed that she practises yoga, as a result of which she is fit and the lady sang to keep her body warm in the cold water during the night.

The passenger said: “I fell off the back of the Norwegian Star and I was in the water for 10 hours, so these wonderful guys rescued me. I am very lucky to be alive. I was sitting at the back of the deck.”

The rescue team were able to figure out Longstaff’s position by going through the CCTV footage which gave them the exact time when she fell off the vessel. 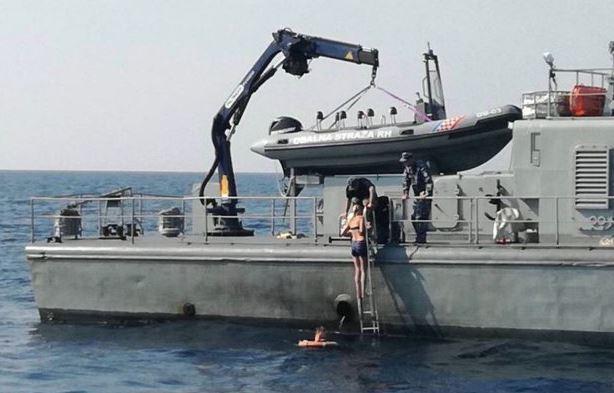 The ship had been delayed amidst the search and rescue operation as per the Norwegian Cruise Line. A spokeswoman said: “We are very happy that the individual, who is a UK resident, is now safe and will soon be reunited with friends and family.”

So, remember folks: No matter what, staying fit helps you someway or the other in life. Ask Kay Longstaff about it.