These days when we sit to read some news, we are bombarded with all sorts of negative or bad news. Sometimes it leaves us wondering isn’t there any good thing happening out there? 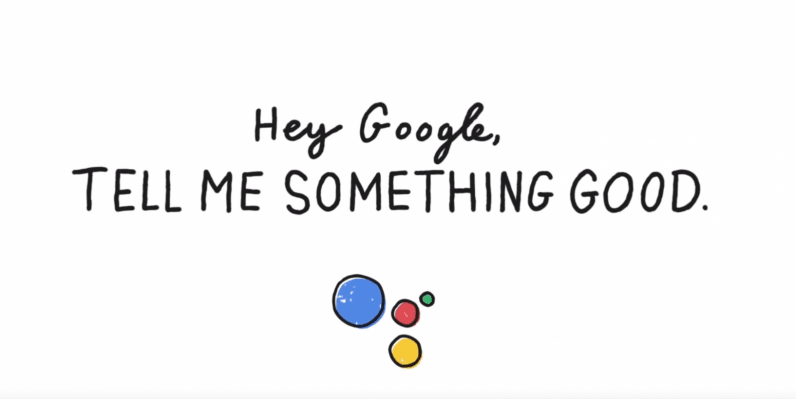 Google has identified this very situation and has risen up to the occasion. Google Assistant has come up with a new feature which would filter out all the bad news and provide the user with pleasant news.

So now, you can simply ask: “Hey Google, tell me something good” and the Google Assistant would treat you to good positive news about people solving real-life problems from around the world.

“These days we’re consuming more news than ever, and sometimes, it can feel like there are only problems out there,” explained Ryan Burke, a creative producer at Google’s Creative Lab. “But the fact is, there is a plethora of ‘good news’ happening, and we’re not talking about unlikely animal friendships or random acts of kindness.”

“Real people are making progress solving real issues—and hearing about those stories is a crucial part of a balanced media diet”. He said.

Considering all these aspects, the biggest search engine in the world has developed this program to maintain a balanced new feed. The ‘only happy news’ section would now make it even from a reader’s perspective, which looked tipped towards the other side earlier (are they inspired by Thanos?).