Some Daredevil Season 3 news has finally reached the internet! it reveals some interesting details about the plot of the forthcoming season of the acclaimed Netflix series.

An image (unfortunately now removed due to copyright claims by Marvel Studios) was leaked, it showed Matt Murdock stalking a Daredevil impostor while hiding in the shadows. People who have read Daredevil: Born Again will be familiar with this story arc. Wilson Fisk, or as he is more commonly known, The Kingpin, pays a dangerous asylum escapee to call Daredevil out of hiding by attempting to murder Foggy Nelson, his best friend.

Matt Murdock shows up to battle the impostor and defeats him before the madman can hurt either Foggy or Karen, as Kingpin intended.

With the MCU Daredevil believed to be dead after the events of The Defenders, it would be possible that Wilson Fisk (not believing that Daredevil is really dead) would pay an impostor to discredit Daredevil’s legacy, and draw him back out out. And it would be very cool to see two Daredevils fighting in an epic battle sequence, halfway through season 3. 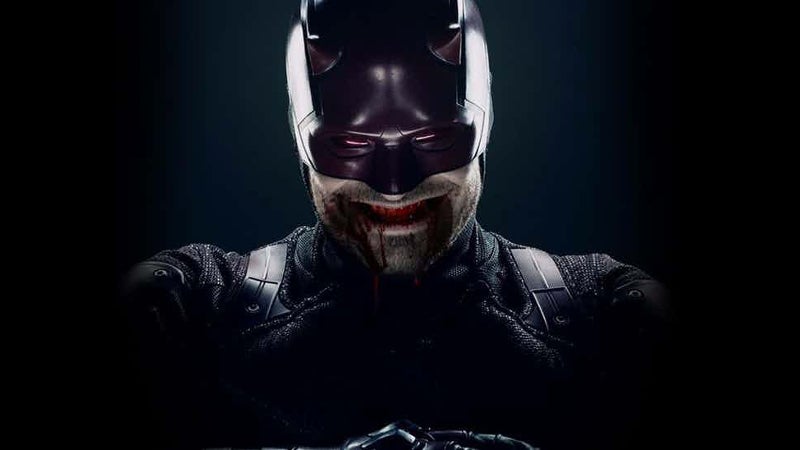 Season 3 will also see the return of Deborah Ann Woll as Karen Page, Elden Henson as Foggy Nelson, and Vincent D’Onofrio will be back as Wilson Fisk aka The Kingpin. Newcomers to the series include Wilson Bethel (Hart of Dixie) as an FBI agent and Joanne Whalley (The Borgias, Gossip Girl, Wolf Hall) as Sister Maggie, who is Daredevil’s mother.