Netflix’s Umbrella Academy Puts a Twist on the Superhero Show 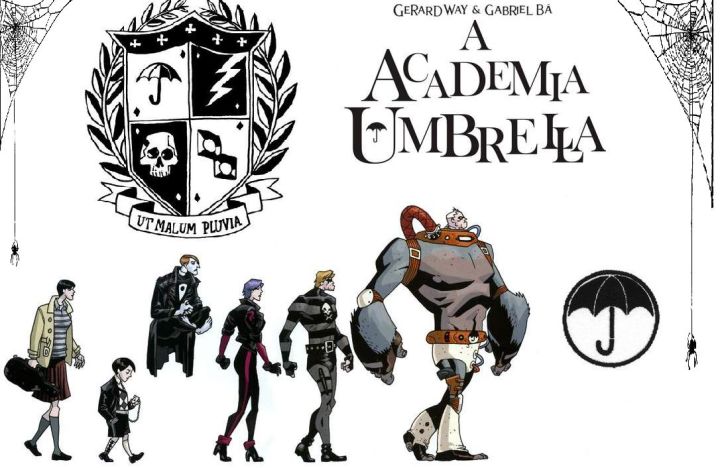 The first miniseries, The Umbrella Academy: Apocalypse Suite, proved to be an absolute hit, even winning the 2008 Eisner Award for Best Finite Series/Limited Series. It was followed up by a second miniseries in 2008, The Umbrella Academy: Dallas. Unfortunately for fans, over the next few years Way moved away from comics to further his musical career. It wasn’t until late 2018 that the third miniseries, The Umbrella Academy: Hotel Oblivion, was released. That story ends on a cliffhanger, clearly setting up the next chapter.All seven of the Umbrella Academy students are faithfully produced on Netflix, albeit with deeper characterization. Luther is portrayed as a Captain America figure; one line of dialogue even lampshades the famous “I can do this all day” line. Diego is an emotionally stunted rogue who possesses something of a knife fetish. Allison is a woman whose power has given her the ability to get whatever she wants, including a marriage and a child, but whose world has fallen apart with her husband suing for divorce. Klaus is a drug addict who has the ability to communicate with the dead. Five is a time-traveling adult assassin now trapped in the body of a child. Ben is dead. And then there’s Vanya, a character whose story has been simplified and tightened up to work in the series.

The real strength of The Umbrella Academy is its characterisation. The decision to replace the Temps Aeternalis with the Commission, and the Orchestra Verdammten with Leonard Peabody, creates a story that’s a lot more intimate. The relationship between Vanya and Leonard is particularly effective, given that even comic book fans won’t be able to deduce where things are headed. At first Leonard is sweet, and the romance between the two is touching, at least at first.

Perhaps the most interesting question of all, though, is what comes next? The Umbrella Academy has mined the comics of almost all their best ideas; there’s precious little left to adapt to screen.