All You Need To Know About Netflix’s Wild Wild Country

Anyone who has ever dabbled in new-age spirituality is likely to have heard of Osho. The bearded mystic has had his books translated into more than 60 languages. Yet if you go on the Osho website, or are one of the 200,000 people that visit the Osho International Centre in Pune each year – you’ll hear nothing about the most eventful section of his life, before he was rebranded as “Osho”, and known as Bhagwan Shree Rajneesh. Osho, who died in 1990, was a popular spiritual leader, with thousands of followers called sannyasins or “orange people” to practise free love and take part in his unusual style of meditation: screaming and dancing like people who really had to pee and were also on fire.

At odds with the government in India, Rajneesh bought a ranch in Oregon, and that’s where things start to go a bit crazy. He and his followers set about creating a utopia that would be called Rajneeshpuram. That’s right, these guys essentially established their own city within Oregon, complete with a giant dam, an airport, an electricity station and a meditation centre that could hold 10,000 people. 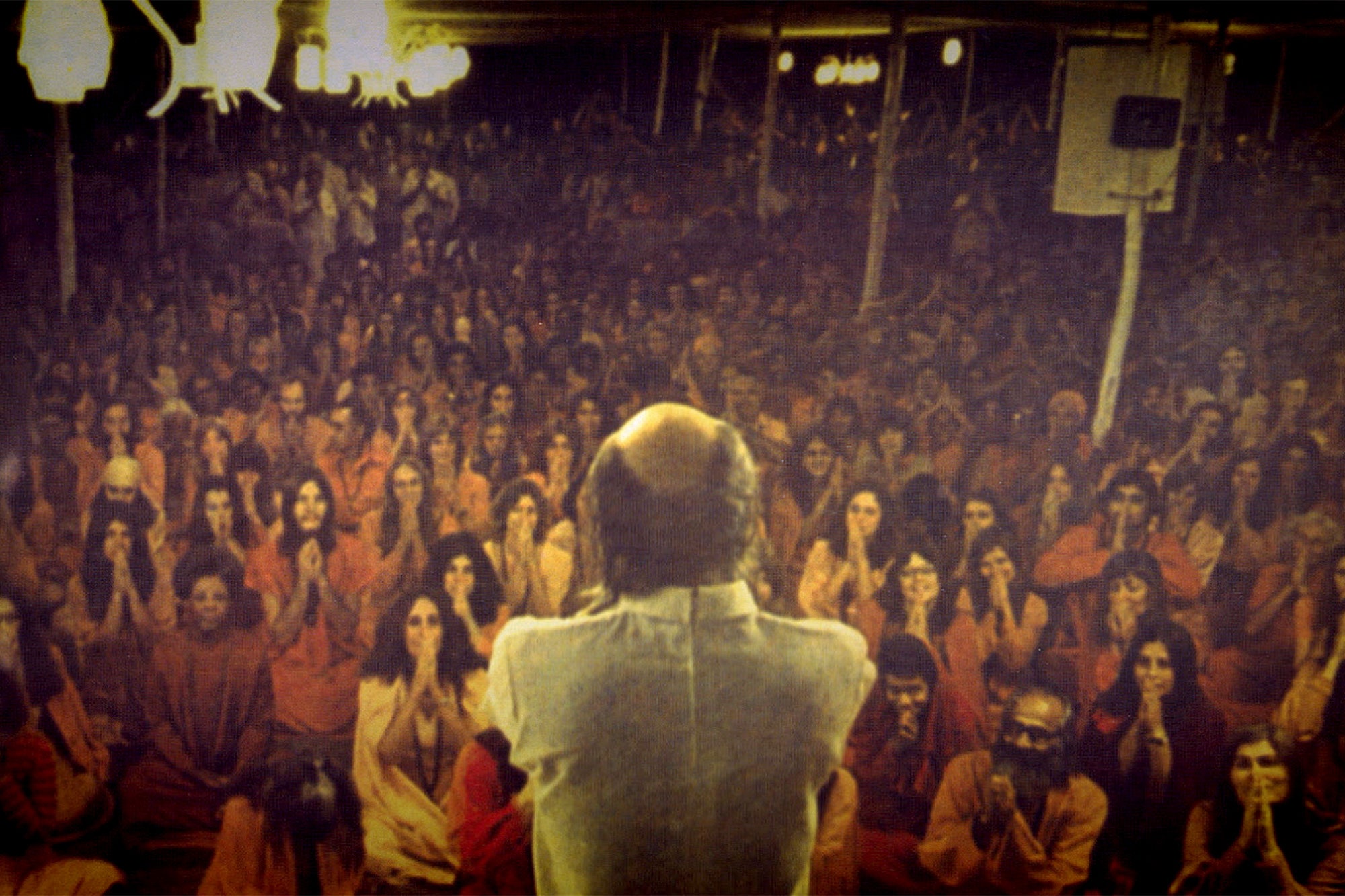 This cult is is the subject of the Netflix documentary series Wild Wild Country. Directed by brothers Mclain and Chapman Way, it had not entered the cultural conversation in the same way as movements such as Jonestown or the Manson Family. Now it seems people can talk about little else. The six-part documentary, available to view now, scored 100% on the review site Rotten Tomatoes, and received even more glowing endorsements from other filmmakers, including Barry Jenkins, the Oscar-winning director of Moonlight, who tweeted:

I’m on my second watch of WILD WILD COUNTRY. I’ll probably make it through a third. Should tell you what I think about it. This one… is special. Have soooooo many thoughts. I’ll have to find the time to put them down somewhere.

Like most of the cults, the sannyasin movement began with vulnerable people who dream of a better future. What’s compelling about Wild Wild Country is its episodic treatment manages to make the cult attractive: a sense of purpose, self-realisation, free love. The show sucks you in to Rajneesh’s teachings and the charisma of his secretary, Ma Anand Sheela. Yet by episode four the commune has sedated thousands of homeless people, committed immigration fraud, failed assassination plots, and are responsible for largest bio-terrorist attack on US soil. The cult infected 751 people with salmonella by contaminating restaurant salads. And then there was the attack in 1984 to targeting voters to win seats in a local election. The excitement surrounding the show isn’t just about the intimate footage the directors have unearthed, or the fact they secured in-depth interviews with nearly all the cult’s living leaders. Viewers also seem to be shocked that they didn’t already know this story. Jenn McAllister, a YouTuber with more than three million subscribers, had a typical reaction of those not yet born during the period.

WILD, WILD COUNTRY is the most insane thing I binge watched yesterday, I can’t believe that happened in the US and I never knew until now. WATCH IT

Check out the trailer and don’t miss this harrowing story of an insane cult with all its twists and turns.

Subscribe to DopeWope on and turn on notifications for all the Netflix dope you’ll ever need. Also do drop a Like if you want more stories like this one.