NASA Training the First Mars Team, Half of them Women!

Astronauts look up to the stars and say, “I want to go there.” Not in a “I will reach for the stars way”, like when your parents tell you to dream bog. They actually want to go up there and see the view. Luckily for these dreamers, if they work hard enough they can.

4 women are training to become the first to walk on Mars. NASA’s class that started training in 2013 might just have what it takes to reach the red planet.

Being an astronaut is not easy. It takes dedication, skill, education, experience, and that x-factor to go to space. In 2013, eight people became NASA’s newest class of astronauts, half of them women for the first time in history. 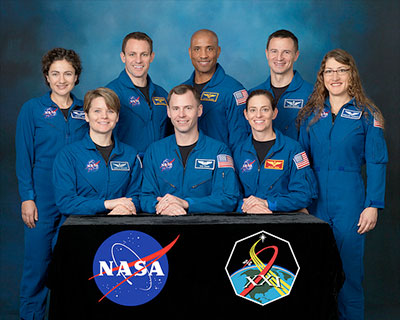 They have named themselves “the Eight Balls”, they represent the future of NASA and space travel for more than one reason. Not to mention what you might call a “giant leap” for women in space.

Although women have been going to space since 1963, there has never been a class of NASA astronauts with a 1:1 male-to-female ratio. It’s indicative not only of an evolving administration that values gender diversity, but also the rising number of women in scientific fields, which are still generally male-dominated.

Second, members of the Eight Balls might be among those selected to go to Mars.

That’s right. We’re going to Mars! Eventually. It’ll take at least 15 years before NASA is even ready to hit the big red launch button (they do have a big red launch button, right?), but when the class of 2013 was selected, NASA announced that they’d be among those in the running for the inaugural trip to the red planet.

“I grew up in Spokane, Washington, and I can’t recall ever not wanting to be an astronaut,” Anne McClain

McClain, like her colleagues, was chosen from 6,100 other qualified applicants. She’s flown attack helicopters on the front lines of Iraq and has master’s degrees in both international security and aerospace engineering (just in case you were wondering what the competition is like).