Moto G6 Plus Launches in India!

Motorola announces the Moto G6 Plus for the Indian market today. The phone was first unveiled back in April alongside the G6 and G6 Play. The two have been available in India for a few months now at Rs 13,999 and Rs 11,999, respectively. The Moto G6 Plus, based on its specs, will slot above the Moto G6 and will look to take on the likes of the Nokia 6.1 Plus and Xiaomi Redmi Note 5 Pro. The Plus model bears a lot of similarities with the G6 including a 18:9 display, all-glass body and dual camera setup. The Moto G6 Plus will be priced at at Rs 22,499. The phone will be available at all major mobile retailers across India and online exclusively via Amazon India.

The Moto G6 Plus has a 5.9-inch FHD+ display,which is only slightly larger than the G6. The bezels have been chopped all around for a wider aspect ration and higher screen to body. Powered by a Snapdragon 630 and 6GB of RAM, 64GB of internal storage with support for storage expandability.

Much like the Moto G6, the Plus model will be protected by Gorilla Glass on both sides. The back panel will have a curve to it that will refract light in a way to show S-shaped patterns. A great look on the G6 Moto G6 and a similar design is expected on the G6 Plus. The fingerprint sensor will be embedded in the home button. The circular dial-like dual camera setup will include a 12-megapixel primary sensor and a 5-megapixel secondary sensor for depth-of-field support. Motorola teases good low-light performance and features like selective black and white, spot colour and portrait mode. The phone will also get native Google Lens support. On the front, the Moto G6 Plus will get an 8-megapixel selfie camera with support for face unlock.

The Moto G6 Plus houses a 3,200mAh battery with turbopower charging support. It will also ship with Android Oreo, unless Motorola surprises everyone and announces Android 9 Pie out-of-the-box. This would also give the device an edge over the competition, at least on a software level. 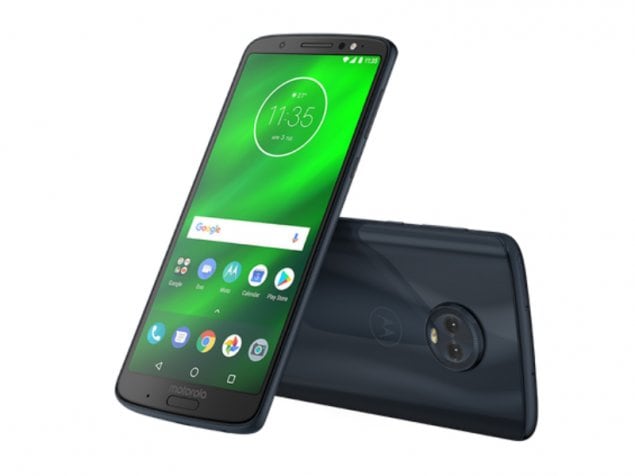 At around Rs 20,000, we have the likes of the Poco F1 offering a Snapdragon 845 chipset. Even at around Rs 16,000, we have phones like the Nokia 6.1 Plus that has seen widespread praise and has also done well in the two flash sales so far. There is, of course, the Redmi Note 5 Pro to consider as a competition as well in this segment.