There are many brand logos that are easily recognisable – from the yellow arches of McDonald’s to Apple’s white apple. One such logo that’s always been easy to distinguish is that of a financial corporation, Mastercard. The company has had a design featuring interlocking coloured circles for more than 50 years, but on Monday they revealed they’d made one big change to their logo.

And people on social media really aren’t very happy about the new image.

They wrote: “We usually don’t like to name drop, but we think we can make an exception.”

The new logo positions them alongside the likes of Nike, Apple, and Target, that all rely on an image and not a name in most of their marketing. Mastercard’s Chief Marketing and Communication Officer, Raja Rajamannar, said:

“Reinvention in the digital age calls for modern simplicity and with more than 80 percent of people spontaneously recognizing the Mastercard symbol without the word ‘mastercard’, we felt ready to take the next step in our brand evolution.”

We usually don’t like to name drop, but we think we can make an exception… https://t.co/dBYylvH0MF pic.twitter.com/Qk2Qa4ZJlc

“We are proud of our rich brand heritage and are excited to see the iconic circles standing on their own.”

However social media users did not feel the same way when they saw the new logo.

“This is taking less is more to a whole new level, did George Constanza come up with this new logo?”

Another posted: “Just imagine the ridiculous conversations, focus groups, ‘brand consultants’ and dollars burned on this.” 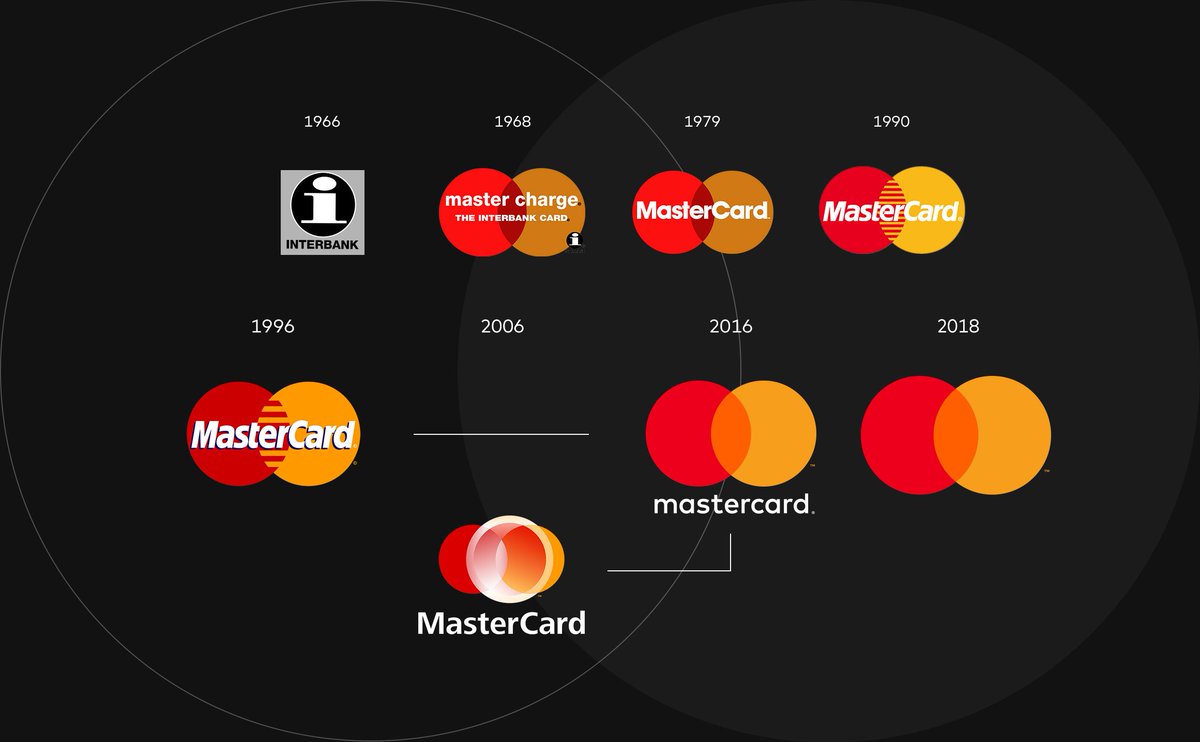 A third added: “Translation: We at Mastercard now declare that we’re iconic af.

Therefore we are now just an icon.” Many also slammed the new logo for looking like a Venn diagram.

“Henceforward they shall be known as the Venn diagaram of orange and red,” tweeted one user.

“Bad news. Mastercard has trademarked the Venn diagram” commented someone else.