Bündnerbike, a Custom bike maker from Germany, collaborated with Bucherer Fine Jewellery to build this one-off glittery mean machine that costs a whopping 12.7 crores or 1.88 million USD, if you want the videsi swagger. 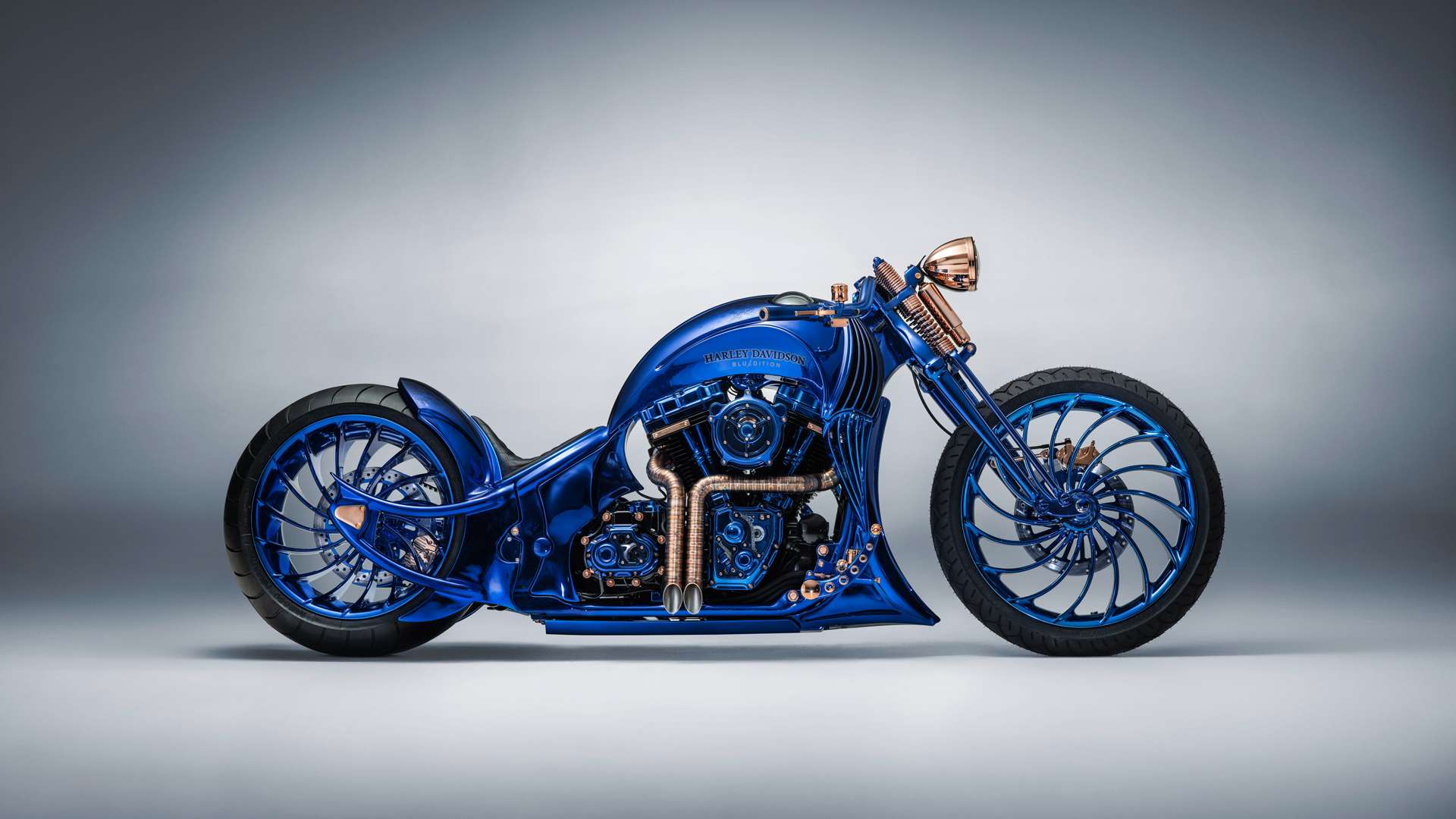 The Bucherer Harley Davidson Blue Edition is the first bike in the world to feature integrated luxury watches and jewellery. It sports a a custom-made watch, which is based on the Patravi TravelTec II, under an armoured glass dome on top of the gas tank. To prevent damage to the watch by the vibrations from the engine,  while the fork tops and handlebar ends get small dizzler rings. Oh, there’s a bigger dizzler ring on the left side of the tank as well. And because that is not enough bling, or money, the headlight covers, levers and the reservoir cap are gold plated.

The bike gets a deep blue custom paint job that is put on in 6 layers with a ‘secret coating’ technique and beneath the six layers, the bike is completely silver-plated. The camshaft has a transparent cover which lets you see the moving parts inside the engine. To make this view even better, the engine has heat-resistant LED’s installed. Which also makes this bike the first bike in the world to have a lit-up engine set-up.

Talking about the engine, this bike has a 1,888 CC unit and everything, including the engine and the rest of the bike, has been built by hand. It took a team of eight from both the companies working for approximately 2,500 hours. What makes this bike so special (besides the price and the bling) is the fact that everything, including the rims and the frame, have been built one-off. 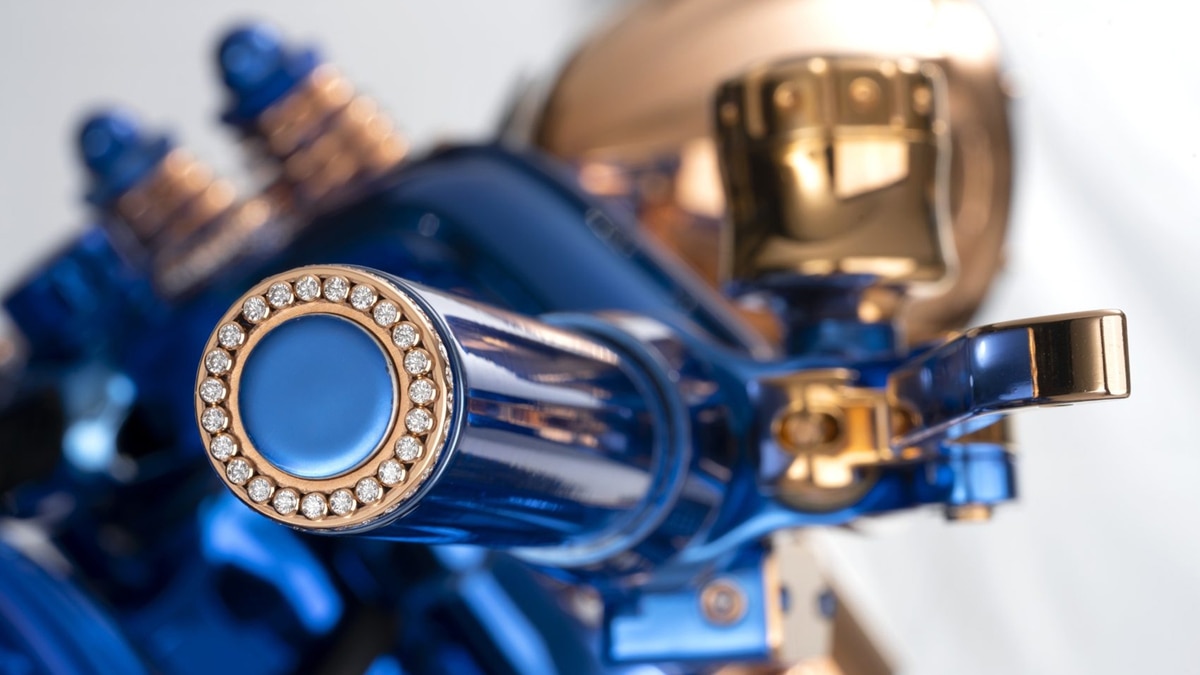 Although this looks nothing like it, this drive-able million-dollar stash is based on a Harley-Davidson Softail S. It is currently holding its place at Selfridges Wonder Room where it is on display and will be for sale. So if you are one of the wealthy few who can afford this, fly yourself there, buy this bike and ride into the sunset!