In an unfortunate event, a lava bomb hit a tour boat and left 22 people injured near Kilauea Volcano. The incident took place near, Kilauea Volcano, Hawaii.

A blob of lava from the sea melted through the vessel’s roof and entered the seating area. The passengers are safe with minor burns and injuries. However, a women sustained a serious injury after breaking her thigh bone.

As per the fire officials, this has been the incident with most casualties till date from the on going eruptions of the Kilauea Volcano..

The lava plunging into the ocean from a long-erupting volcano that has been vigorously shooting lava from a new vent in the ground for the past two months has been a tourist attraction and the passengers were aboard a tour boat that takes visitors to see. The lava punctured the boat’s roof, leaving a gaping hole, firefighters said. 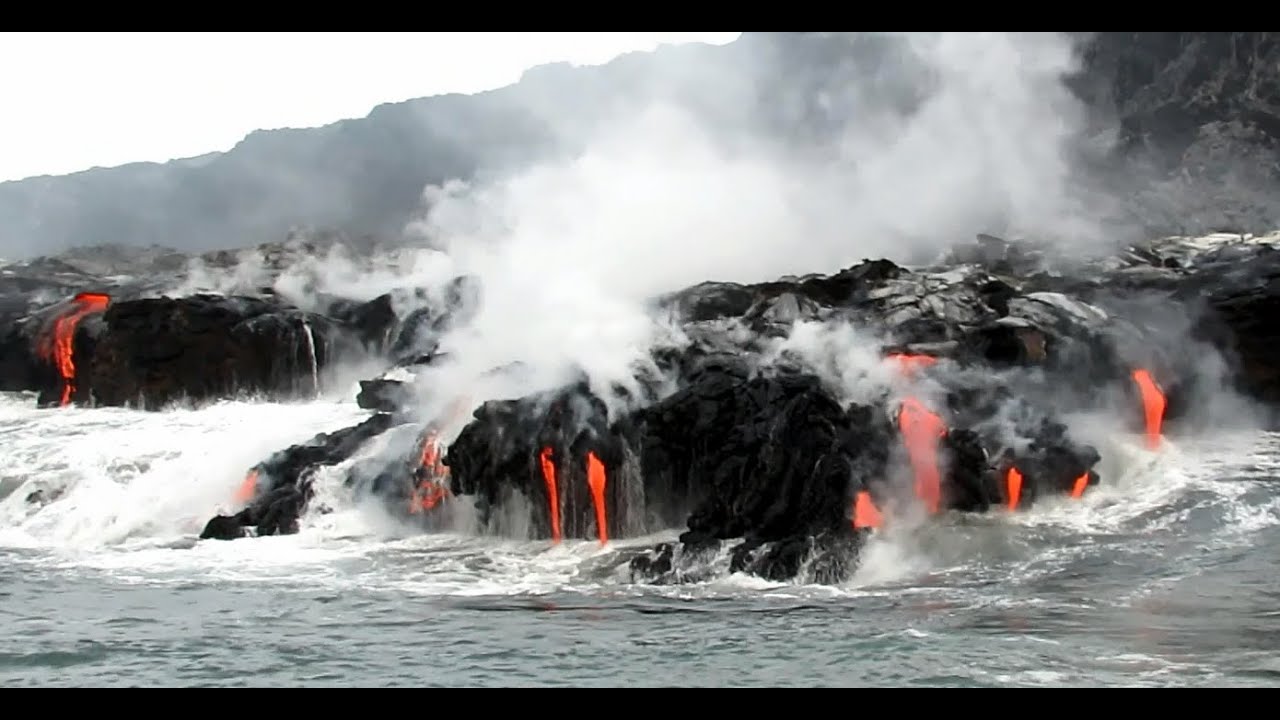 The owner and the captain of the vessel, Shane Turpin said, he has never had such an experience where molten rocks fly towards the boat and penetrate the roof.

“We had been in the area for about 20 minutes making passes of the ocean entry about 500 yards offshore”, Turpin said.

The captain added that he didn’t observe “any major explosions” so he navigated his vessel about 250 yards away from the lava.

“As we were exiting the zone, all of a sudden everything around us exploded and it was everywhere. It was immense,” he said. “I had no idea. We didn’t see it.” Turpin says that he has been observing and documenting these explosions and that this type of activity is new.

Officials have warned of the danger of getting close to lava entering the ocean. They say the interaction can create clouds of acid and fine glass.

However, despite the dangers involved, several companies operate such tours. The Coast Guard said tour vessels have operated since at least 20 years.

The US Coast Guard in May instituted a safety zone where lava flows into the ocean off the Big Island. It prohibits vessels from getting closer than 300 metres from ocean-entry points.