Netflix’s gangster drama Sacred Games ended on a mind-bending cliffhanger and therefore, the second season is highly anticipated by fans. Much to the surprise of the viewers, Netflix has officially announced that something big is in store in the next 14 days regarding Sacred Games.

Netflix India took to Twitter to share the news, leading fans to wonder if this will mean the release date of Sacred Games Season 2 or perhaps a trailer release?

Last year, Sacred Games 2 came up against some opposition as the writer of the series, Varun Grover, was accused of sexual harassment in the ongoing #MeToo movement. However, the streaming giant, in a statement, said they carried out an independent investigation and were satisfied with the results. The series was brought back on track and recently wrapped up the second season shoot. It has been filmed in locations like Mumbai, Nairobi, Mombasa and Johannesburg. 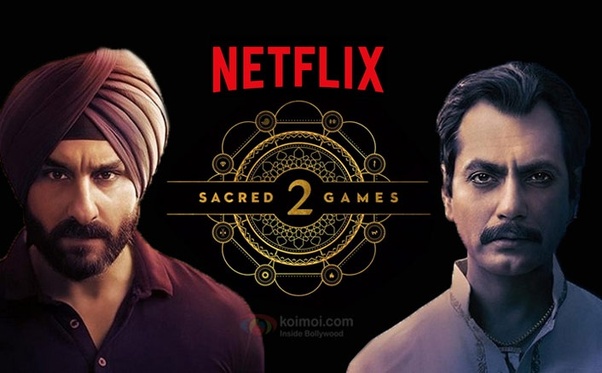 The first season of Sacred Games was directed by Anurag Kashyap and Vikramaditya Motwane. The second season, however, is being co-directed by Kashyap and director Neeraj Ghaywan while Motwane served as show-runner. Based on the book of the same name by Vikram Chandra, Sacred Games quickly became a worldwide success, receiving praise from critics and fans. The story of the show revolves around Sartaj, played by Saif Ali Khan, a Mumbai police officer who is summoned one morning by an anonymous tip which promises him an opportunity to arrest the powerful Ganesh Gaitonde, played by Nawazuddin Siddiqui, criminal overlord of early 2000s Mumbai.