Is Plain Packaging the Next Step in India’s Tobacco War?

India has made global headlines with its anti-tobacco initiatives in recent years. Graphic health warnings on tobacco product packaging, bans on smoking in most public places, a toll-free quitline and Centre-run anti-tobacco campaigns have all contributed to a noticeable decline in the number of India’s smokers.

India’s progress is all the more impressive considering the frequent interventions of India’s powerful tobacco lobby to stop tobacco control measures from taking shape. Their efforts have taken the form of protests, litigation and even illegal advertising campaigns. Nonetheless, India’s resolve in tackling tobacco does not appear to have been dampened.

This is not to say that India does not have work left to do in its war on tobacco. Tobacco continues to be used by a large number of Indian adults. There are reportedly 232.4 million daily tobacco users in India. An additional 34.4 million Indians use tobacco occasionally. This equates to a cumulative total of 266.6 million tobacco users – representing 28.6 percent of India’s population. Concerningly, more than 600,000 Indian children aged ten to fourteen also use tobacco on a daily basis.

The public health effect of this is significant. 923,600 lives are lost to tobacco use every year in India. The country is witnessing increasing rates of noncommunicable diseases (NCDs) such as cancers, heart ailments and lung disease. Tobacco can be identified as one of the causes driving this rising tide. 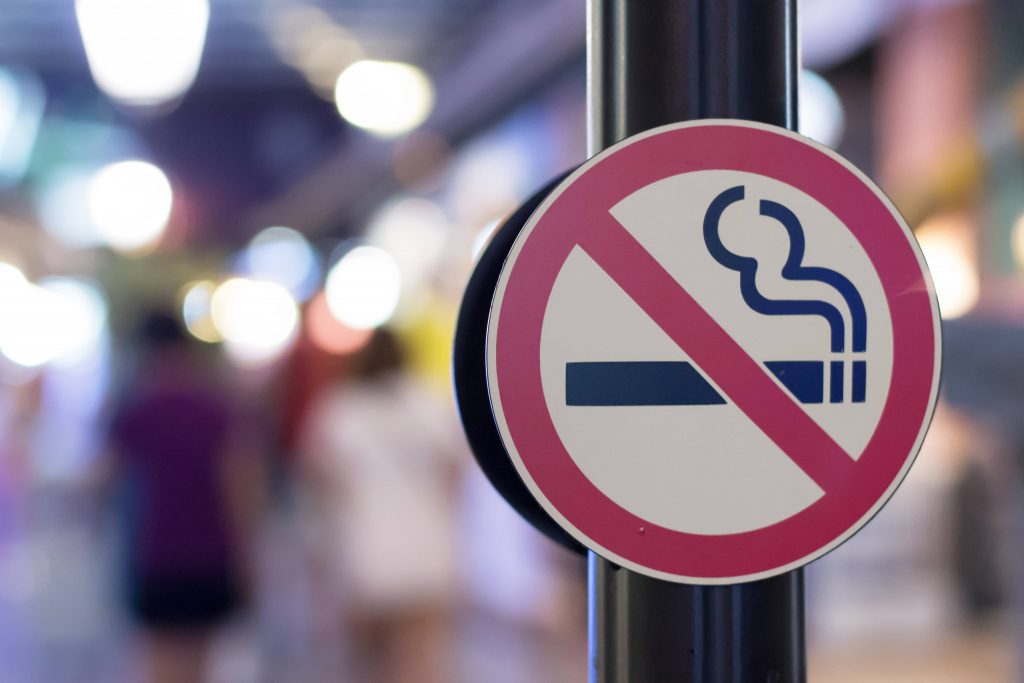 With this in mind, it is clear more needs to be done. But what is the next step?

The answer could be plain packaging.

Plain tobacco packaging laws prohibit manufacturers from using logos, colours and trademarks. They are permitted solely to display the name of the brand and product in a standardised font and colour.

Plain packaging is supported by the World Health Organization (WHO), which has called for all countries to implement plain packaging legislation. It has been implemented in Australia – the first country to do so – since 2012. Other countries, including Malaysia and New Zealand, announced plans to follow suit. Some, including France and the United Kingdom, have proceeded with their own plain packaging laws.

However, plain packaging legislation has been criticised and fiercely opposed by the tobacco industry. Their opposition has manifested in media campaigns, lobbying and legal challenges to protest those countries which have implemented plain packaging laws – and deter others from doing the same.

Tobacco companies have disputed that plain packaging discourages smoking. British American Tobacco (BAT) argues “there is no compelling evidence to suggest that plain packs are effective in discouraging young people from smoking, encouraging existing smokers to quit or preventing quitters from taking up smoking again.”

Does this claim stand up to scrutiny?

Reviewing primary plain packaging studies in 2015The Pharmaceutical Journal (PJ) wrote“there is now a body of evidence…[suggesting] that introducing plain packaging would: reduce the attractiveness and appeal of tobacco products; increase the noticeability of health warnings; and, at least for darker coloured plain packs, reduce the ability of packaging to mislead consumers about the harmful effects of smoking.

Some, however, have objected to this conclusion. An op-ed in Fortune magazine last year argued that, in Australia, “not only did [plain packaging] not work, the status quo got worse.” It pointed towards findings of the National Drug Strategy Household Survey which, it said, did not reflect any significant decline decline in Australia’s daily smoking rate. If one accounts for population increase, the op-ed argued, the number of smokers in the country actually increased.

“PMI is building our future on smoke-free products that are a better choice than continuing to smoke cigarettes,” the company told HII. “Our vision is that these products replace cigarettes as soon as possible…In this context, sensible, risk-based regulation of smoke-free products, combined with further restrictions on cigarettes, can help address the harm caused by smoking more effectively – and faster – than plain packaging and other traditional regulatory measures.”

It is worth noting that cigarettes do not solely account for tobacco consumption in India. “Tobacco use in India is mostly in the form of smokeless tobacco,” Dr Monika Arora of the Public Health Foundation (PHFI) told HII. “Thus any tobacco control measure has to be implemented with its applicability across smoking and smokeless forms. Even among current smokers (11%), bidi smoking (8%) is more prevalent than cigarette smoking.”

A transition to completely standardised packaging could resolve these issues, she suggests. “Plain packaging in India would…remove appealing packaging of tobacco products, misleading descriptors would not be allowed and would help move in the direction of having standardize packs, so as to make PHWs visible enough for the consumers.”

One crucial consideration when it comes to implementing plain packaging legislation is the potential for substantial legal action undertaken against India by the tobacco industry. If this were to occur, the legal costs could be substantial. In defending its plain packaging legislation against a suit brought by PMI, Australia spent close to 40 million USD – costs PMI was ordered to pay Australia after it lost its suit last year.

The prospect of protracted and costly litigation might dissuade India from following in Australia’s footsteps with plain packaging legislation. That tobacco is an 11 billion USD industry in India might add to reluctance by the Centre to implement plain packaging laws.

It has been suggested in the past that pressure from the tobacco lobby has made the government reluctant to push for reform in areas such as taxation. Some have opined that Big Tobacco’s influence may have prompted increased scrutiny of non-government organisations (NGOs) – and even government departments – involved in anti-tobacco activities.

Globally, it is clear that the tide is turning against Big Tobacco.The decision of the World Trade Organisation (WTO) to uphold Australia’s plain packaging laws – despite vociferous challenges from large tobacco-exporting nations such as Indonesia – is indicative of this.

Some even suggested the WTO’s ruling might assuage the reluctance of some governments to implement plain packaging laws. In fact, in Bloomberg’s coverage of the decision, India is mentioned as one of several countries considering plain packaging laws who might now be emboldened to do so.

The argument in all cases tends to hinge on a central premise: that the health of citizens enjoys primacy over the business rights of the tobacco industry. This much was articulated by the SC in January, when it stayed a controversial decision by the Kerala High Court (KHC) overturning the directive of the MoHFW that pictorial health warnings (PHWs) must cover 85 percent of tobacco product packaging.

This is not to say that rollout of plain packaging will be easy. There is the prospect of legal action by tobacco companies. In addition, practical challenges loom.

Many cigarettes are sold loose in India. In 2015, it was reported that loose cigarettes account for as many as 75 percent of tobacco sales. A ban on the sale of loose cigarettes is supported by 59 percent of Indians and has already been enforced in Karnataka and Bihar. Nonetheless, the practise continues across India – even (illegally) outside schools.

Tobacco companies argue that plain packaging fuels cigarette smuggling. It is even argued by some that illicit practises such as the sale of loose cigarettes outside schools might actually be driven by more restrictive laws concerning the packaging of cigarettes.

Researchers have questioned these claims. However, they gain traction nonetheless, creating the notion that plain packaging laws are futile in cutting smoking rates. Instead, critics allege they drive the sale of tobacco underground.

It must be acknowledged that the situation surrounding tobacco consumption in India is complex and nuanced. Numerous issues surround it, many of which will not be resolved by plain packaging laws. However, as part of the country’s seemingly deepening stand against Big Tobacco, plain packaging might yet find a part to play in the near future.