Who Is Irom And Why Has Her 16 Year Hunger Strike Not Shamed India?

Irom Sharmila. This is the name of a woman who has been hungry for justice for the past 16 years. Her fight for justice started at the young age of 28 and went on for most of her life. Her story is one of struggle, representing the emotions, thoughts and hopes of her community against the supposed protectors of our country. The soldiers spoken of, belong to the Assam Rifles. These are the same soldiers towards whom we look to, to fight our wars but instead waged a war against the people for a long, long time.

Her Story is as follows:

The youngest of a family of 19, she had dreams like another teenager. Wary of the reality which involved soldiers physically abusing, murdering and exploiting people, even the dreams were filled with fear, mirroring the reality they were born out of. In her home town of Manipur, the AFSPA gave soldiers absolute power and its outright misuse has been a part of the natives’ lives ever since its inception. Her revolt started when she came to know that 10 innocents were mercilessly shot dead on a bus stop in Malom.

Her war began on 2nd November 2000 when she was at a preparatory meeting for a peace rally. This was a Thursday and like many Hindu women, she would fast on Thursdays. As this incident gave her the shock of her life, it also gave her the will to take on the situation that she was in. She decided to not break her fast until the AFSPA was repealed. 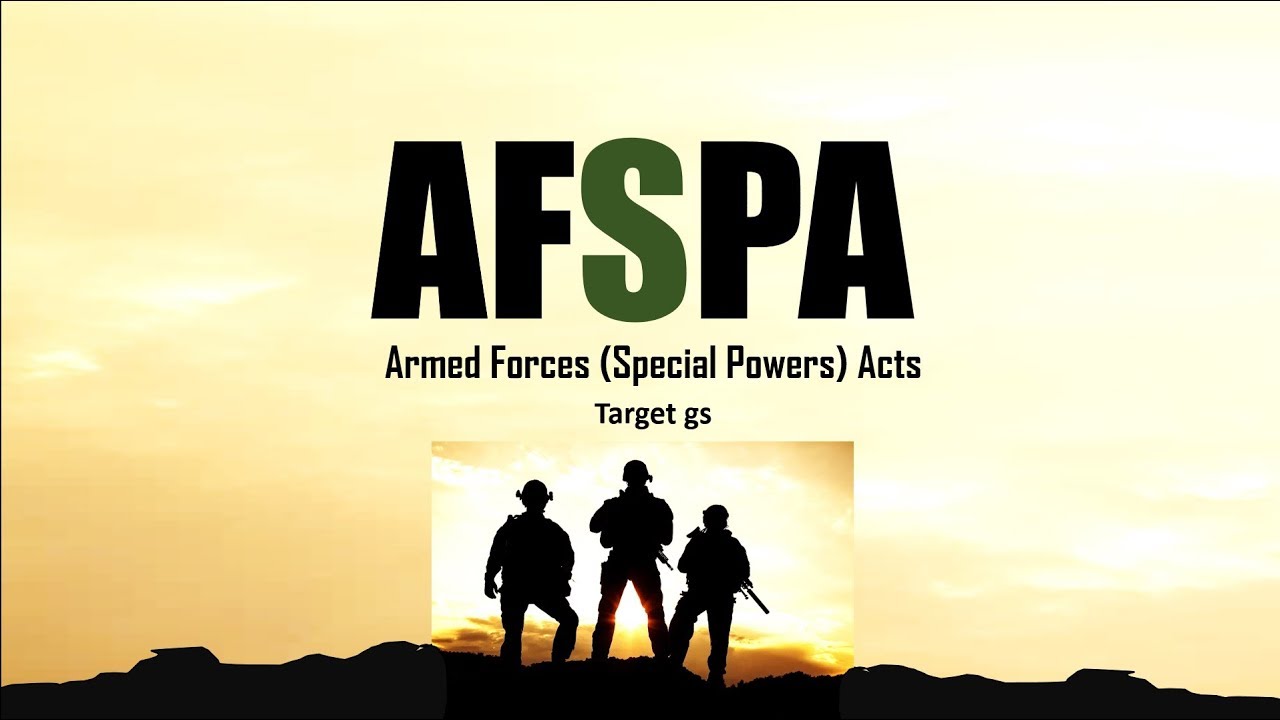 What is AFSPA, you ask? Armed Forces Special Powers Act of 1958, an act which gives the army absolute power over a region. This ruling was imposed on the “Seven Sisters” north-east Indian states, to deal with the many revolts cropping up against becoming a part of the Indian constitution. The army, instead of decreasing the protests and protecting the people, started misusing their powers and started kidnapping, stealing, killing and raping the innocent lives trapped in this in this ignorance-fueled anarchy of the Indian army.

The incident that made Irom Sharmila go on a fast that would eventually last for 16 years was just one of many such incidents. She was arrested and force fed by nasogastric intubation. She was released and arrested again several times,year after year.A time cam when she was placed in a room in the Jawaharlal Nehru Institute Of Medical Sciences where a team of 6 doctors had been looking after her for 14 years. 14 years of sacrificing a fundamental need while living a solitary life in a room. She was named as a ‘prisoner of conscience’ by Amnesty International in 2013. 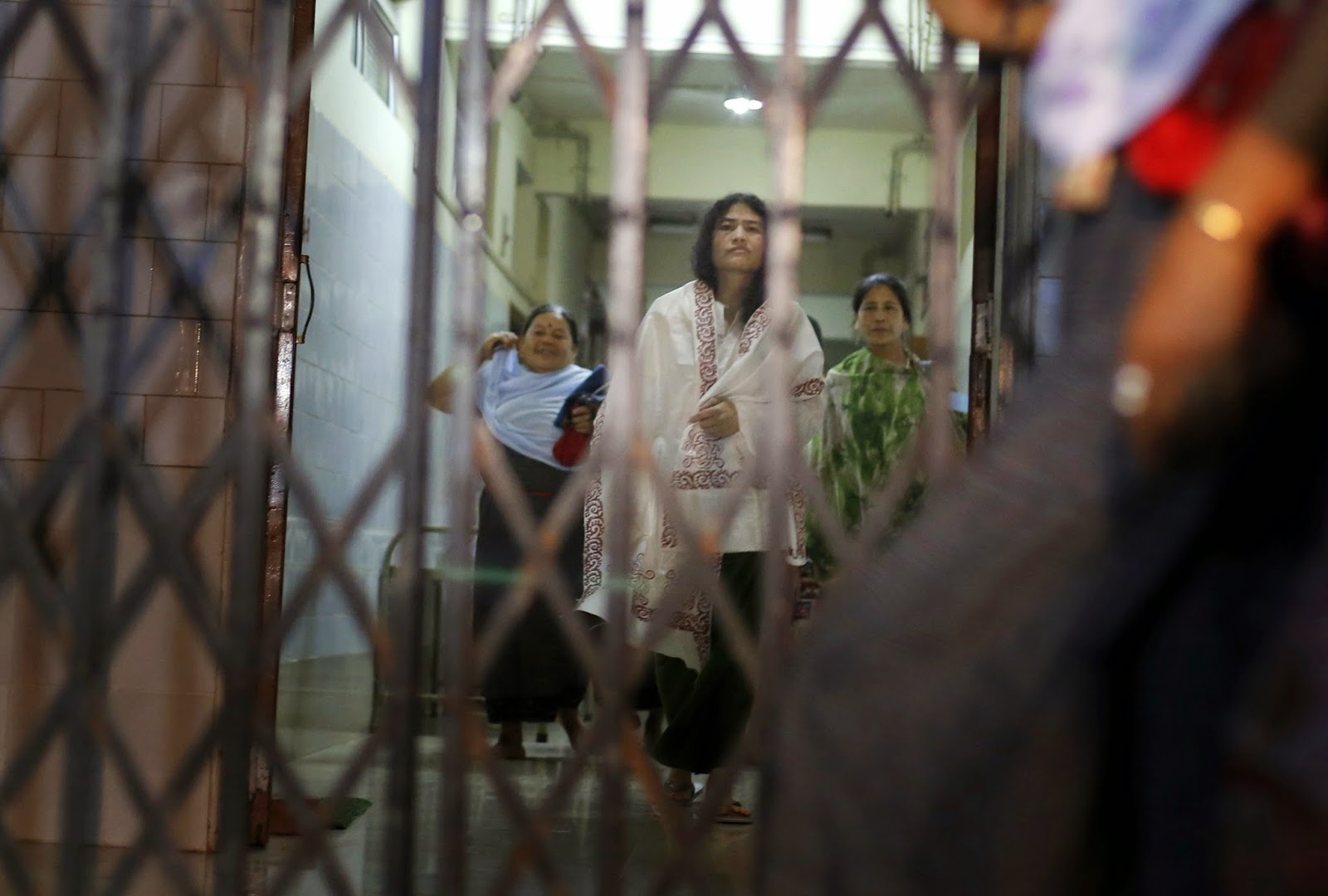 16 years of fasting, 14 of which were spent alone brought about nothing. The AFSPA is still an all powerful ruling, that is can easily be used against the general public and nobody seems to give a shit. She ended her fast in 2016 to get back on her feet, contest in the elections and take on this problem in a different manner. Results? A loss considering she only received 90 votes. She proven that she has a will of iron by having announced that she will try again in the 2019 elections.

Sorry. That is all that we have, to say to her.

Sorry that we could not do better as human beings.

Sorry that the people that we chose to govern us are turning a cold shoulder to the Seven Sister states that we have so much pride for.

Sorry that we as a country have been blind for so long.

Sorry that the country’s protectors were the ones to take away almost all your life.

This hunger-strike has been happening in our country for the last 16 years and many of us never even knew about it. How did we become so blind? How did we fail to recognize the nightmare that 7 whole states have been living in for such a long time? Are we completely truthful when we say ‘All Indians are my brothers and sisters’? If yes, How did we manage to overlook the fact that thousands of lives are lost and thousands more are destroyed time and again just because some individuals were given too much power?

This has to change. This evil that is wearing the uniform of an Indian soldier while not living up to the ideals of one, has to go. We are the population and it is in our hands to bring change. All we gotta do is be a little more aware, a little more responsible and a little more sensitive.