The internet often reminds us of how disgusting our society can be.

24-year-old Pranay, a Dalit from the Mala community was hacked to death on Friday in broad daylight by an unidentified assailant hired by Maruthi Rao, who had not approved of his marriage to his daughter Amrutha. The caste killing sparked wide outrage in Telangana and many vented their anger on social media against caste violence. In a statement on Monday, Amrutha vowed to bring justice for Pranay.

And in the wake of Pranay’s cold blooded, daylight murder in Telangana, the monster of casteist bigotry has reared its ugly head once again. While there are several people demanding justice for Pranay, and supporting his family and his wife Amrutha, there are also several others who have decided to rally around the man who has been arrested for contracting Pranay’s murder: Amrutha’s father, Maruthi Rao.

In fact, several people on Facebook have changed their profile pictures to Maruthi Rao’s photo. Several others have decided to spend their time commenting on updates about the case, with messages of ‘Jai Maruthi Rao’, and ‘Jai Maruthi Sena’. And while these outright caste apologists are not less in number, others still have found the oldest trick in the book to couch their caste apologies in: Parental love, and the shaming of Amrutha.

Take this status for instance, put up by a man in Telangana on Monday:

“If I get married I will pray to god that I want a daughter, but I don’t want a daughter like Amrutha.” Tacit support for the murder of Pranay, but the networking website is filled with worse messages still. 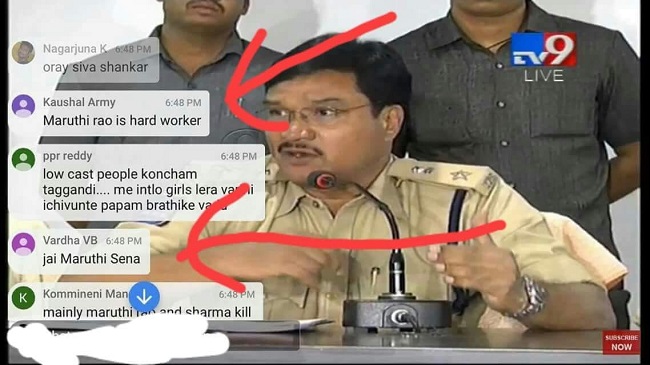 One Facebook user (or the human personification of cancer) did what a lot of people on the internet do far too often, sit behind a keyboard and poke their nose where it doesn’t belong and offer ignorance as if it were insight:

“Amrutha, you fell in love with some guy and without convincing your parents you ran away with him. What mistake did the parents who gave birth to you make? Giving birth to you? Is this the gift you give your father who responsibly brought you up and educated you for 20 years? Overcoming the days of abortion if it was a girl child, Hindus have just started accepting girls as “Mahalakshmis” and are taking care of them. You were sent to school for studying but you put your education aside fell in love in class 9. Are you being sent to school to study or to fall in love? Parents struggle hard, let go of their dreams for the sake of their children. Is this the gift that girl is giving to her parents? Can she even understand the pain of parents who gave birth to her and brought her up?”

“Yes, he (Maruthi Rao) made a huge mistake by giving birth to you! He should be killed! Have you come to a level where you’ll kill your father? Do you know you mentally harassed your father for a few years? Do you know how horrible your thinking is? If you get a chance you’ll kill your father? Looking at her behaviour, one can tell how low her morals are? No one should have a daughter like her. Looking at the way she talks, it seems like she has a big agenda. First she needs to be analysed, only then will the truth come out.” This, because Amrutha has demanded death penalty for her father for murdering her husband.”

Another user, responding to the demand that Maruthi Rao should be hanged to death for killing Pranay, said,

“Yes, that mother should be killed on the road for raising a girl in her womb for nine months, when others are killing them in foetus.” He further lists out the sacrifices parents make for their children. 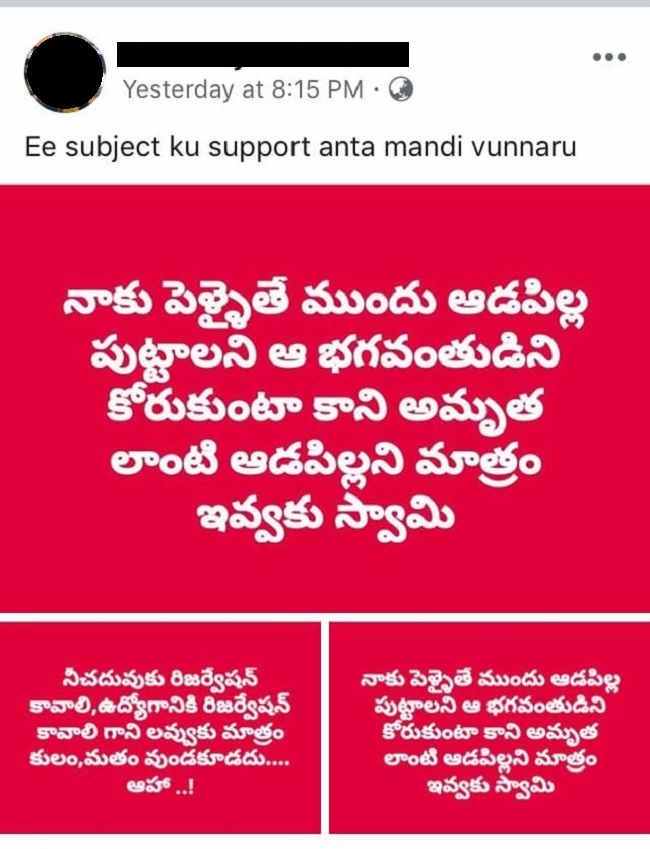 (Translation: If I get married, I will pray to god that I want a daughter, but not a daughter like Amrutha) 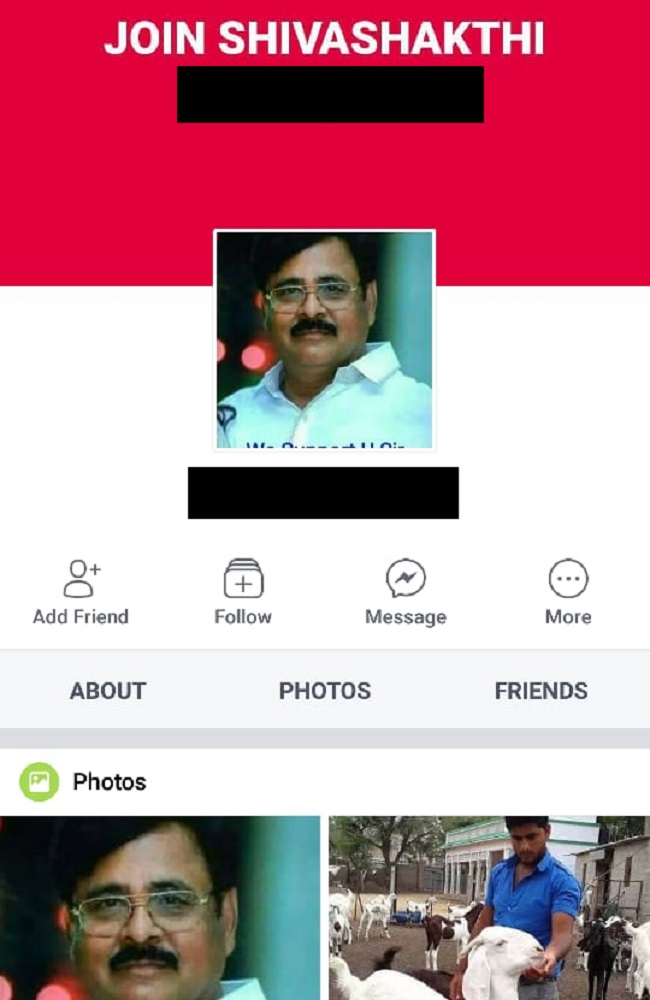 Pranay was a 24-year-old Dalit man from the SC Mala community, and was killed on September 14 in Nalgonda district’s Miryalaguda town. His wife, Amrutha, is a Hindu, and her father Maruthi Rao has been arrested for contracting Pranay’s murder because he was opposed to their marriage. This caste killing has provoked enough outrage against the caste system on social media, especially among those living in urban and suburban areas who never acknowledged caste, and have now realised the cruelty of caste system. 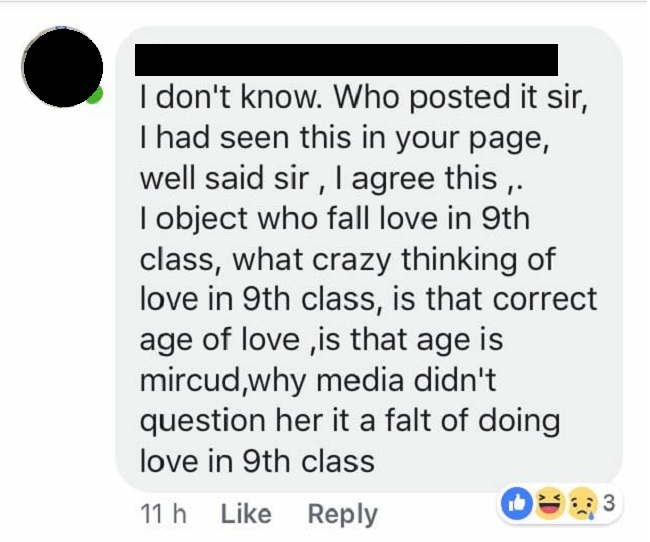 However, the incident has also become a free-for-all for caste apologists.

Some have even asked how Pranay is a Dalit when he had converted to Christianity.

(It’s fairly simple, realise that you have the religious freedom to do it, go to a church, and ask to be baptized. These idiots need to read a book.)

Dalit activist Sujatha Surepally says, “If he wasn’t a Dalit, why did Maruthi Rao kill him? Isn’t it because he was a Mala – a Scheduled Caste boy? Pranay’s parents might have converted to a different faith, but in India, you can’t escape caste, no matter which faith you convert to.”

“A child first of all never had the option to come into this world. Yes, parents do make sacrifices for their children, which is their responsibility. Without which, why do they want to give birth? Amrutha is no longer a child. She’s an adult and can make choices of her own. She will love whoever she wants to, or live with whoever she wants to. Neither the society nor the parents can impose restrictions on her. She is an individual with her own mind. Others who are coming with such stupid responses are misogynists who want to conceal their patriarchy in the name of “Indian culture.”