Instagram has over time become a major platform for influencers, creators and even business owners to promote themselves and garner followers. Now in a bid to cash in on this, Facebook-owned Instagram has made an announcement that will alter the way the photo-sharing app is used by customers.

One of these changes is the introduction of a camera feature called Create Mode. In this mode, the user will be able to build a new post or a Story without having to upload an image or video existing within the app/phone. Facebook made this announcement at the ongoing F8 developers’ conference. The other announcement made at the event is even more promising.

In the second new feature added to Instagram, any artist or celebrity can just tag the piece of clothing or accessory they are wearing, and their followers can click on it to go ahead and make the purchase of the piece from within the Instagram app. The categories listed by Instagram in the announcement include public figures, creators, athletes, publishers, and artists. This is another welcome change since this tagging facility was hitherto available only to companies. Ultimately, these changes are made with the objective of making the user experience on the platform more immersive and to retain the 1 billion plus customer base Instagram has created. 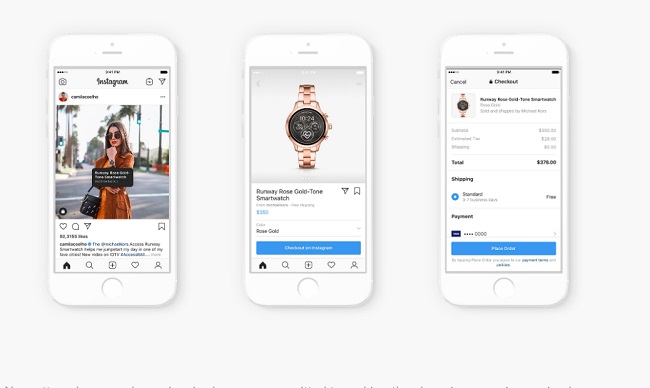 The new tag facility is being tested out in the beta version and select professionals are being afforded the permission to tag their products or their clothes. The feature will be rolled out on a regular basis once the testing process is completed.

To those who will be keen to know if Instagram will charge these people for using this feature, the company says it is not doing so now. However, once the creators or celebrities reach the Checkout Beta, where the transaction takes place, a seller fee will definitely be charged.

A third initiative announced by Instagram relates to donation tickets for stories that can be purchased and the entire fund raised from this will go to a charity of the user’s choice.