When she turned 39 in 2016, photographer Sanjukta Basu decided to strike off one thing that had been on her to-do list for a long time – get a tattoo.

“I was contemplating my last year as a 30-something and I was thinking a lot about what my achievements in life have been, what have I accomplished and I realised that even though my life and career have never been streamlined towards some ultimate one goal, I have done many little things that have given my life meaning and purpose,” said Basu. A trained lawyer, she practiced only for a little while before branching out into the creative fields. “I have been a photographer, writer, teacher, entrepreneur, among other things, and I wanted my body art to reflect that about me,”

said the 41-year-old, who got her tattoo artist to draw a sailboat on her forearm surrounded by the image of flying birds and the words, “wherever the wind takes me”.

Having put so much thought into just one tattoo, the Delhi-based Basu began to think about the scores of women who deliberate just as much about body art and she wanted to know the stories of their tattoos. Through an open call on her Facebook page, Basu started meeting women in Kolkata, Chennai and Bangalore who were willing to have their tattoos and stories documented. The result of these efforts was a project titled Women with Tattoos. Basu is now inviting women from Delhi to tell their tattoo stories and be photographed.

“In our conversation, Parama shared how everyone thinks a tattoo is not appropriate for a lawyer,” said Basu. “It makes you come across as a ‘hippie’, ‘vagabond’, ‘non-serious’, or ‘loose’. I wanted to challenge this kind of gender discrimination faced by women who have decided to get inked and express themselves through body art. We read about inspiring stories now and then in the paper and online, about women who have overcome hurdles and hardships or lived through trauma and come out stronger on the other side, but this project has been a reminder that there are those who haven’t been written about but who, in their own ways, have fought tooth and nail to claim their own identities.” 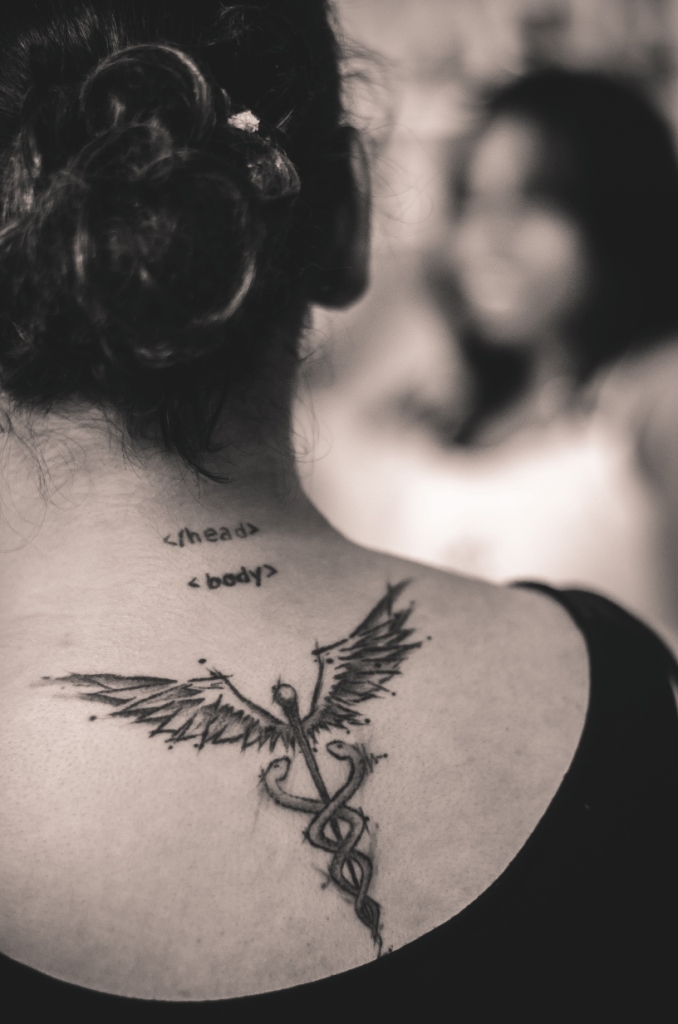 According to a 2008 study published in Body Image: An International Journal of Research, women with tattoos were “rated as less physically attractive, more sexually promiscuous and heavier drinkers than untattooed women, with more negative ratings with increasing number of tattoos”. 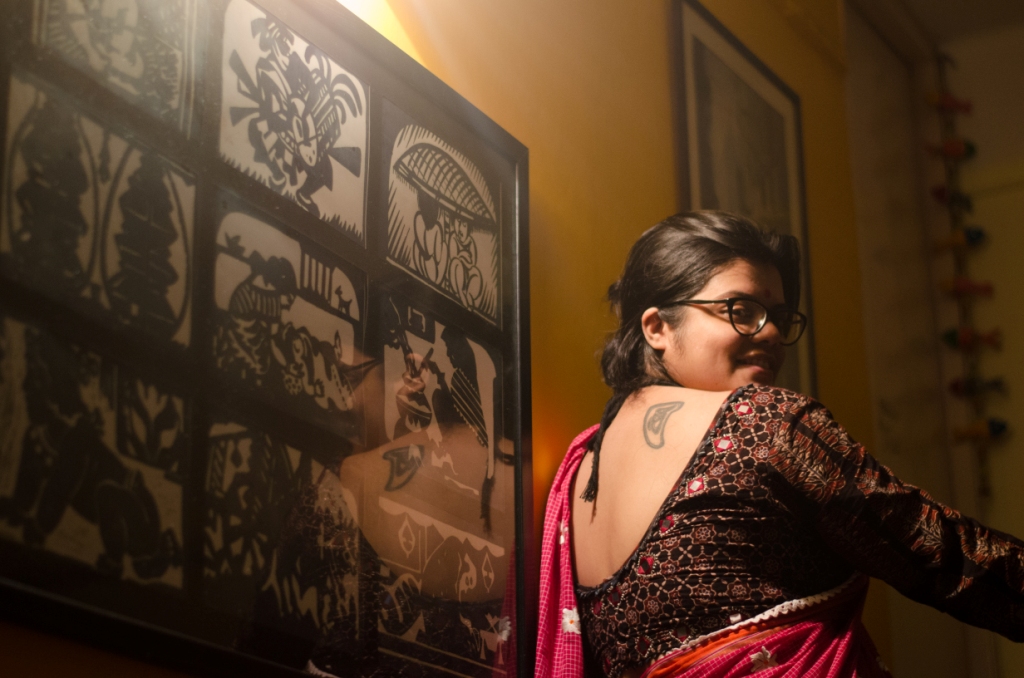 An incident that Basu thinks of constantly is the story of a grandmother whose grandson, Aabesh Dasgupta, was found dead at a birthday party in Kolkata in 2016. Most news narratives could only focus on the fact that the grandmother appeared in front of media in a sleeveless blouse and with a tattoo on her arm.