India Succumbed To a Bitter Loss After a Great Display

Team India fought with valour but alas! Aussies ended up having the last laugh. 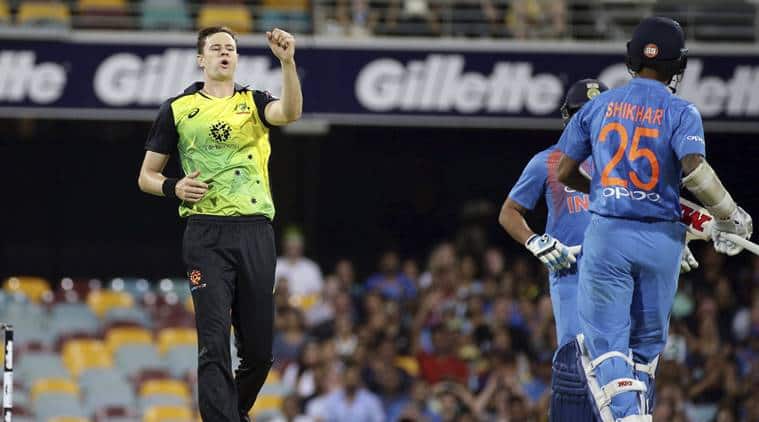 After winning the toss, India sent the hosts to bat first. Australia scored a total of 158/4 off 17.0 overs before rain intervened. Glen Maxwell (46) ended up as the highest scorer for the Kangaroos. He was accompanied by Chris Lynn (37), Aaron Finch (27) and Marcus Stoinis (33) who did decent enough. For India, Kuldeep picked two wickets and Jasprit Bumrah, Khaleel Ahmed took one each.

In reply, India started off well with Shikhar Dhawan leading from the front. The Men in Blue had a total of 174 runs (D/L method) to chase. Dhawan was handling things pretty well but wickets kept on falling from the other end. Eventually, in the 12th over, Shikhar Dhawan too lost his wicket to Billy Stanlake after scoring 76 runs. During the later overs, it seemed like India would pull back things in their favour, credits, Dinesh Karthik and Rishabh Pant.

However, the joy didn’t last long as Pant lost his wicket while attempting a cheeky shot. He was followed by Krunal and Dinesh. The result- India lost by 4 runs.

Australia’s Adam Zampa (2/22) has been adjudged as the Man of the Match. The second T20I will be played on 23rd November at MCG, Melbourne.