Huawei Y9 (2019) is set to be launched in India today. Huawei is hosting a press event in New Delhi to announce the launch of Y9 (2019). The smartphone was previously planned to arrive in the country on January 7. However, the Chinese company reschedule its launch event and sent out the updated media invites on Monday. The Huawei Y9 (2019) comes as a successor to the Huawei Y9 (2018). The new smartphone features a traditional display notch. Key highlights of the Huawei Y9 (2019) include a 6.5-inch display, dual rear and front cameras, HiSilicon Kirin 710 SoC, and a 4,000mAh battery.

The online listing also confirms that the Huawei Y9 (2019) will come bundled with Boat Rockerz Sports Bluetooth headphones worth Rs. 2,990.

Announced in China back in October last year, the Huawei Y9 (2019) comes as the successor to the Huawei Y9 (2018). The smartphone features a traditional display notch design that sports two front-facing camera sensors. There is also a vertically-aligned dual camera setup.

Price and availability details of the Huawei Y9 (2019) in India are yet to be revealed. 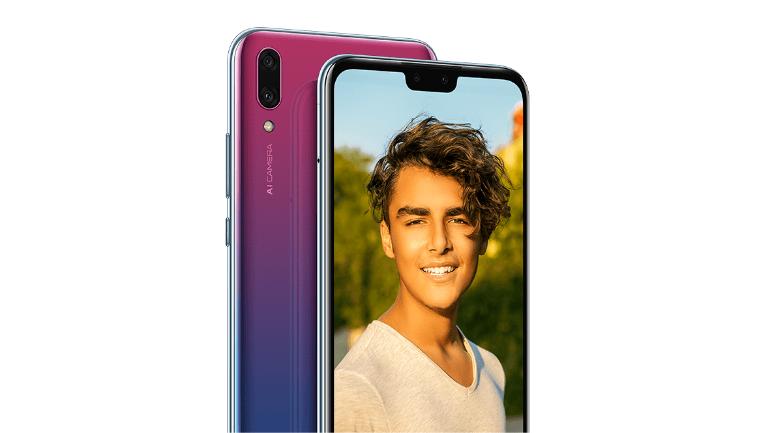 On the part of optics, the Huawei Y9 (2019) comes with a dual rear camera setup that comprises a 13-megapixel primary sensor and a 2-megapixel secondary sensor. The smartphone also has a dual selfie camera set up at the front, with 16-megapixel and 2-megapixel sensors. Both camera setups are claimed to have AI-based features.

The Huawei Y9 (2019) has 4G LTE, Wi-Fi, Bluetooth, GPS/ A-GPS, and Micro-USB. Sensors on board include an accelerometer, ambient light sensor, digital compass, gyroscope, and proximity sensor. The smartphone also has a fingerprint sensor at the back that supports Fingerprint 4.0 identification technology. Besides, the smartphone packs a 4,000mAh battery.