How To Train Your Dragon 3: Hot Dragon Love!

As Dreamworks promised all of its fans last week, the debut trailer for the third installment in the How to Train Your Dragon franchise has officially been released online.

Hiccup, Astrid, Toothless, and the whole group has returned to complete the trilogy, with How to Train Your Dragon: The Hidden World. You can watch the full trailer for the upcoming film in the video above.

Last week’s announcement of the trailer’s arrival also came with the debut of the first official poster.

DreamWorks Animation describes the next chapter of the franchise as follows: “Hiccup and Toothless will finally discover their true destinies: the village chief as ruler of Berk alongside Astrid, and the dragon as leader of his own kind. As both ascend, the darkest threat they’ve yet faced—as well as the appearance of a female Night Fury—will test the bonds of their relationship like never before.”

Dean DeBlois returns to write and direct the third film of the franchise. How to Train Your Dragon: The Hidden World is produced by Brad Lewis (who also directed Ratatouille and ANTZ) and Bonnie Arnold (Toy Story, Tarzan).

One new dragon in a particular, a Light Fury, seems to be the subject of Toothless’s affection and sets the team off on a rescue mission when she’s captured in the vibrant and colourful trailer. The new dragon is a part of a beautiful and mysterious hidden dragon world. 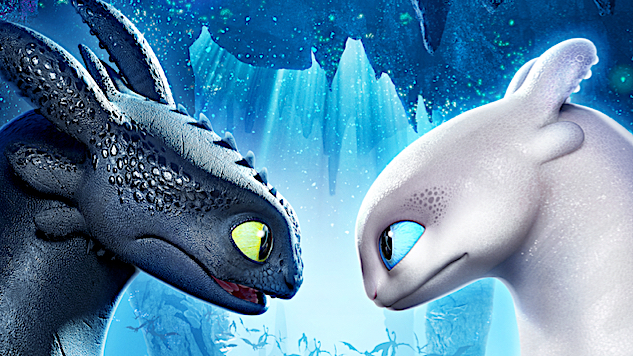 What did you think of the first trailer for How to Train Your Dragon: The Hidden World? Will the new movie live up to the success of the first two instalments? Let us know your thoughts in the comments section below!

How to Train Your Dragon: The Hidden World is set to hit theaters on March 1, 2019.