How can India ever play in the FIFA World Cup if things are like this? 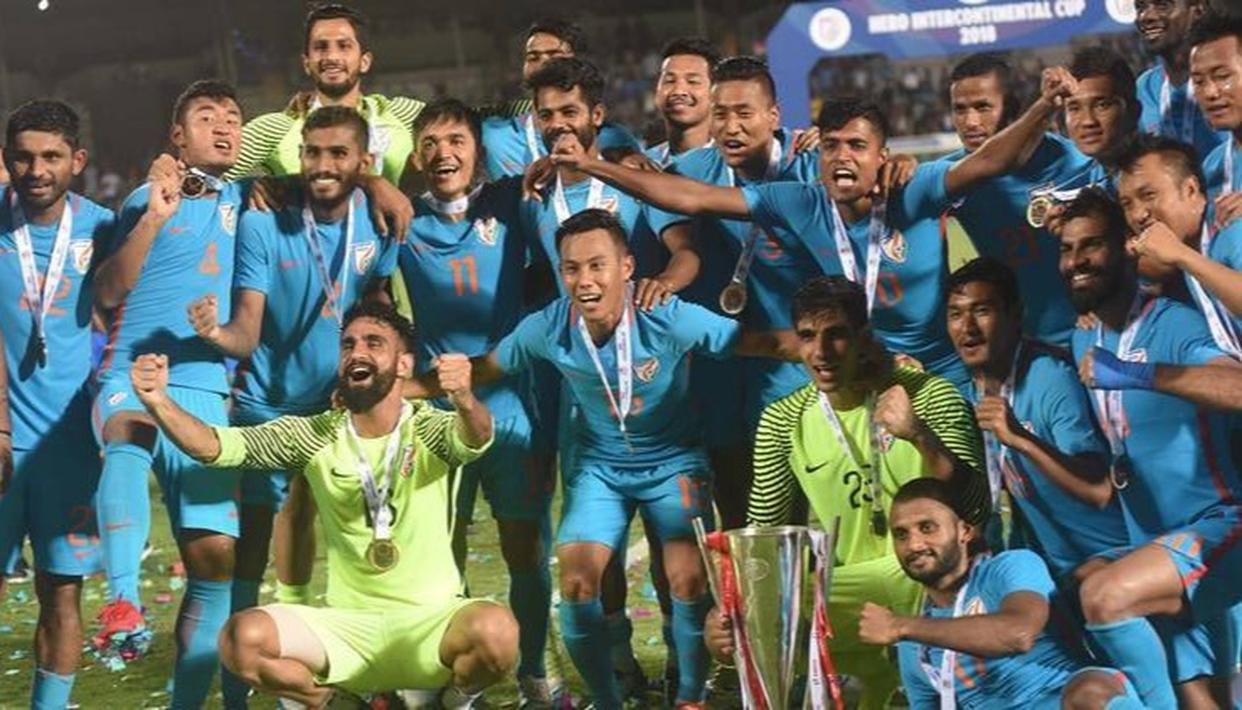 The heat and hype are on in the footballing world as the 2018 FIFA World Cup is going on in full swing. We Indian fans have chosen our respective second nations to support in the world’s biggest tournament as our own nation doesn’t play at the World Cup.

Although the Blue Tigers aren’t a part of the World Cup presently, hopes of every Indian football fan is lit. Especially after our team’s performance in the Intercontinental Cup recently. Amidst all these positivities, a bad news has made its way and has struck us like a lightning. News broke last day that, the Indian Olympic Association (IOA) has decided not to send the Indian Football Team to the Asian Games.

Its a major blow to the hopes of the Indian Football Team who were expecting to feature in the 2018 Asian Games as a build-up to next year’s AFC Asian Cup.

Without proper and regular competitions, Indian team would have lesser scopes of excellence and thus this incident can be seen as a major hurdle in terms of growth of the sports in our country.

AIFF (All India Football Federation) has voiced its opinion regarding the case. In an official statement yesterday, AIFF said that IOA lacks the vision and competence to understand that football is a global sport. They further added that IOA never showed any interest in discussing the strategies and plans to develop football in India.

AIFF has also stated that they are ready to send the team at their own expenses to play in the 2018 Asian games that is set to take place in Jakarta and Palembang from 18th of August.

Indian national football team is having a great run of form. The same form took them from 173rd place to 97th in the FIFA Rankings. Another notable achievement is where the Blue Tigers earned the qualification for the 2019 AFC Asian Cup after 8 years. As the players and the fans were rejoicing in the wake of successful events in Indian football, IOA’s decision came in as a party spoiler for them.

As per IOA regulations, only the national teams ranked between 1-8 at the continental level were cleared for the games. Thus, Chhetri and men, who are currently ranked 14 in Asia were denied an opportunity despite a string of good performances in international matches recently.

Honorable Prime minister @narendramodi. Please take necessary action. It's ruining our Nation's football career. Now we are in 97th ranking of fifa as it is all time best fifa ranking.#IOA and the sports ministry has let down the sports lovers too especially football fans of #IND pic.twitter.com/6bbXaHQBMQ

We will need to sack every one in the #IOA for making such a decision and sending statement out that they dont believe our team will bring medals. #IOA not able to understand basic stuffs like we have to first compete to even think of getting medals.

"It's clear the #IOA lacks the vision, competence to understand that football is a global sport played by 212 countries and that the top 5 teams in Asia play in the #FifaWorldCup," the AIFF said in a statement.https://t.co/B1tlO8YiPK

The Social Media has erupted and the fans are not holding themselves back in condemning IOA’s act. Nevertheless, let’s hope and pray that our nation would get an opportunity to feature themselves in the Asian Games and make us all proud.