Today Google is celebrating Gabriel Garcia Marquez’s 91st birthday with this doodle of the city of Macondo from One Hundred Years of Solitude. The man was a Nobel Laureate and widely acknowledged to be one of the greatest writers ever. To commemorate this, I compiled a list of some of his best novels so you can enjoy his great work and sound really smart at parties.

1. Love in the Time of Cholera

Love in the Time of Cholera tells the story of Florentino and Fermina, who fell in love in their youth. Eventually her father wanted her to get married so they had to stop seeing each other (apparently kids from the fictional city of the Viceroys had problems that Indians can relate to). After some time apart she falls out of love with him and marries Dr. Juvenal Urbino. He is a rational and Florentino is a hopeless romantic. Florentino never gets over it. The great thing about this story is that you can look at it two ways. It’s either a story of a man’s pure and eternal love or about a stalker who just refused to quit. 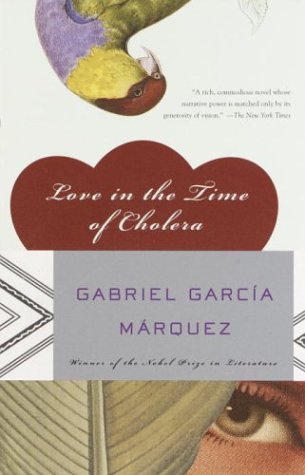 2. One Hundred Years of Solitude

The story of magical city of Macondo which is isolated from the outside world, except for the occasional visiting gypsies. This story is told over centuries as this fictional city separated from the outside world makes contact and eventually the rest of the world. Let’s just say shit gets real. Have you seen Black Panther? Macondo is sort of like Waconda, except not really.

3. The General in his Labyrinth

General Simone Bolivar, liberator of five South American countries and all-around total badass feared nothing. Regarded as one of the great heroes in his part of the world in his time. He charged into fierce battles on his own, loved women and achieved great success in politics. He dodged assassins, was forced from power and wasted away from a grave illness. Still, he stayed alive through sheer force of will. This book tells the story of his final days as he takes a journey down the Magdalena River and reflects on his crazy life. 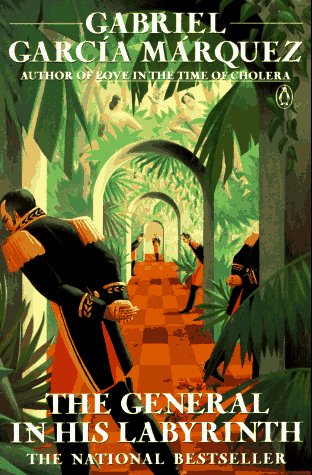 4. Chronicle of a Death Foretold

Chronicle of a Death Foretold is a murder mystery told out of order. A wealthy husband, Bayardo San Roman discovers that his young bride is not a virgin. Shortly after, the man who supposedly took her virginity is murdered and all manner of twists and turns and delicious drama ensues.