Google’s Stadia Could be the Netflix of Gaming

Google just unveiled Stadia, a new cloud gaming platform that will stream video games across a wide variety of devices at the same 60 fps and 1080p resolution as Project Stream. Google plans to eventually bump those specs up to 120 fps with an 8K resolution, which would surpass the capabilities of any modern console.

Google wants Stadia to be an all-in-one platform for playing, watching, and developing games when it arrives later this year. It also wants the platform to offer cross-platform play with PCs and other gaming consoles, but it’s unclear if console makers like Microsoft and Sony will allow this with the new service.

Gamers will be able to use their own game controllers, but Google is also launching a dedicated Stadia controller that links to multiple devices. The controller also sports a dedicated Google Assistant button that accesses hints and walkthrough videos.

Id Software’s upcoming shooter Doom Eternal will be launched on Stadia as well as other major consoles and Windows. Google also plans to launch more games from its newly created Stadia Games and Entertainment unit. It’s unclear how much Stadia will cost gamers, but comparable services generally cost between $5 to $30 per month. 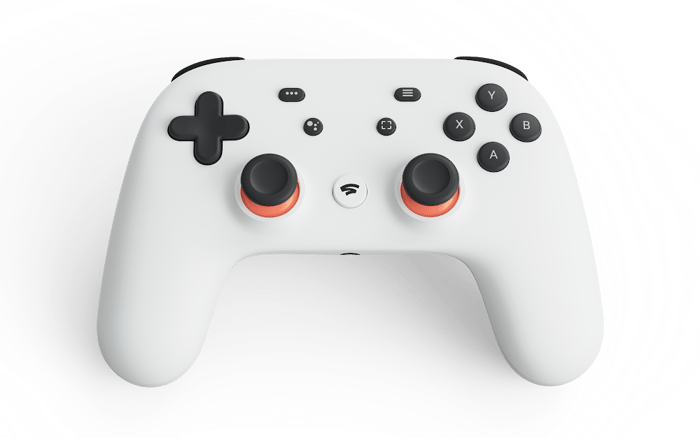 Streaming of games definitely solves a major problem for consumers.

Gaming PCs aren’t cheap, especially if you opt for high-end parts. NVIDIA‘s high-end RTX 2080 graphics card has an MSRP of $699, and that’s not even the most expensive option. Mid-range graphics cards can be had for around $200, but you still need other components like a CPU and memory. Even a budget gaming PC will cost at least $500.

Given the cost of entry for PC gaming, a cloud-based game streaming service would seem to make sense. But game consoles already offer a more budget-friendly option. The base versions of the PlayStation 4 and Xbox One, now in the back half of their life cycles, currently go for $300. Microsoft even offers a subscription service, Xbox Game Pass, which offers downloadable games for $9.99 per month.

Google hasn’t announced pricing for Stadia, but I doubt it will be all that inexpensive. The hardware to run games in the cloud probably isn’t cheap, and game publishers need to be compensated. PlayStation Now is $20 per month, but that service is powered by the guts of game consoles stuffed into data centers. It also offers downloadable games, since streaming only works well on strong internet connections.

However, the question remains, will such a service’s overall cost be less than that of owning a gaming console? We’ll just have to wait and see…