“Our world is changing…the mass extinction we feared has already begun, and we are the cause. We are the infection.”

It opens with her daughter Madison (Millie Bobby Brown, best known for her role as Eleven on Stranger Things), standing on a rooftop looking out at a huge dust storm. We are left with an ominous feeling, wondering what sort of 400 ft tall monster kicked up so much dust.

So as it turns out that in this movie, Godzilla is more than just a really big lizard that breathes fire, but one of a group of ancient creatures who were the original rulers of earth: Titans.

We see her and Madison reaching out as if they’re going to pet the large round head of Mothra.

Mothra was another creature from the old Japanese monster movies from the 1960s that Godzilla comes from. Here’s what he looked at back then:

Finally, the first awe-inspiring and eerily majestic appearance of King Ghidorah in the flesh, emerging from clouds and backlit by giant yellow electrical flashes. Yet another creature from the old movies. 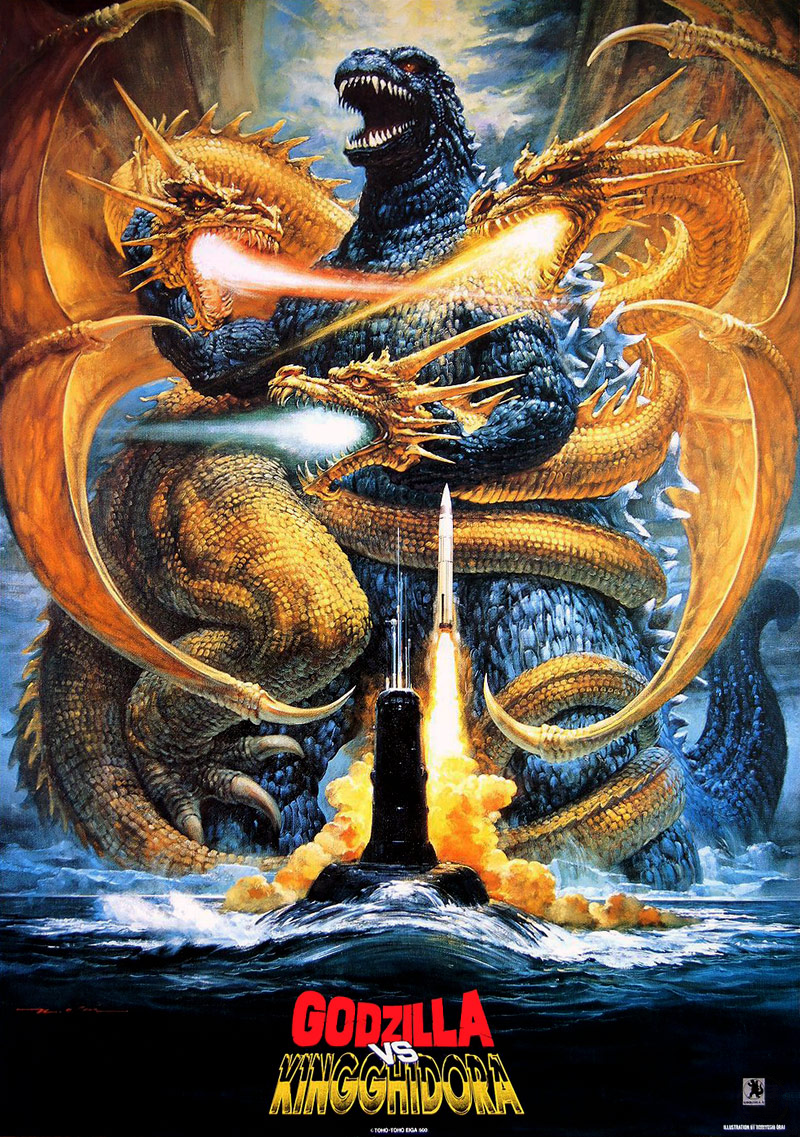 The trailer also gives us a little Game of Thrones reference with Charles Dance who plays Tywin Lannister on the show saying “Long live the King”.

From all this, it looks like these monsters will be battling for supremacy with the humans caught in the middle trying to save the earth.

Are you excited to see this in theaters? Let us know in the comments!