Set in the near future, Ghoul establishes a country resembling India, where nationalism has turned into xenophobia and hatred, those who are meant to serve and protect the public now persecute them. The government or the military power that rules this nation has laid down strict laws to control every part of the public’s lives.

Books and items can be deemed anti-national and basic rights have been removed. Anyone, from students in schools to opposition party leaders can be for not subscribing to the agenda are sent to detention centres, where they are subjected to inhuman torture and slow and painful deaths. One such detention centre is Meghdoot 31, where protagonist Nida Rahim (Radhika Apte) finds herself transferred five weeks before she completes her training as an advanced interrogator.

Constantly watched because of her religion, in an attempt to prove her loyalty to the regime, she turns in her own father when he refuses to teach the state prescribed syllabus. At Meghdoot 31, she reports to army officer and war hero Sunil Dacunha (Manav Kaul) and cruel interrogator Lakshmi Das (Ratnabali Bhattacharjee) who oversee the ‘breaking’ of the men and women brought in. Nida’s arrival coincides with the arrival of Ali Saeed, a dangerous terrorist who has killed hundreds worldwide. Nida soon senses that there is more to Saeed than meets the eye. Her warnings are dismissed by her colleagues, a decision that they pay for with their blood.

The soul-sucking oppressive atmosphere in Meghdoot 31, is just the right backdrop for this ghoulish story. Summoned by making an offering of blood that is used to draw its symbol, ghouls according Arabian folklore lived in graveyards and ate human flesh. It then took on the human form of the last person it attacked. The Ghoul plays with the minds of its victims, bringing out their guilt and breaking their minds before eating their flesh.

The idea of a murdering shapeshifting monster has been done before to great effect in movies like The Thing, but the series uses the myth of the shapeshifting flesh-eating monster both literally and metaphorically. While a real ghoul turns the prison’s task force against each other, unravelling their minds, before ripping their bodies apart, the series shines a light on how men prey on each other. In a world where there is no God and humanity has completely and utterly lost its way, this murderous Ghoul, in a way, serves as the last hope for mankind. 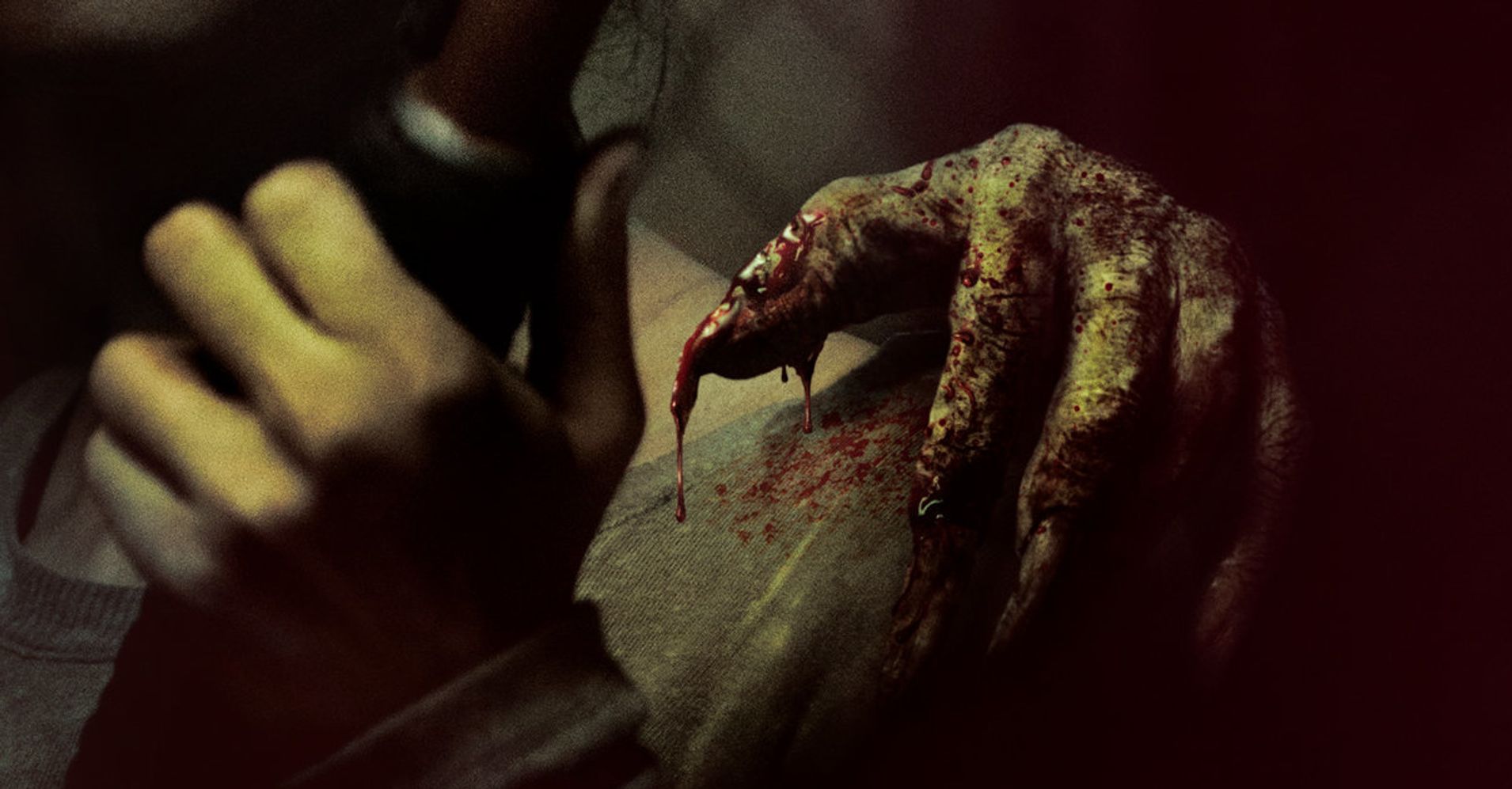 The makers have crafted reminders of historical events where hundreds of innocents lost their lives to cruel regimes. Dacunha tells Saeed about how his ancestors helped the Portuguese rulers weed out and persecute those pretending to be Christians. There is a particularly poetic sequence where Nida sees the spectacles and wallets of men who lost their lives in the execution chamber of the centre. Yeah, this series has some Holocaust imagery. Radhika Apte gives a great performance. This role could have very easily been ruined by high pitched screaming, but Apte manages to bring out the character’s inner conflict with ease. Manav Kaul is good too, but by the time he gets into some of the more crazy scenes, it’s all over. Mahesh Balraj is unnerving as Ali Saeed.

Today we have global movements to make countries “great again” and bring back “acche din”. Ghoul warns about the dangerous consequences of legislating hate and intolerance. Like its ghoul, it reflects the cruelty and depravity we are all capable of.

So yeah, it’s a fun watch. Go check it out on Netflix!