The for the upcoming eighth and final season of Game of Thrones is finally out, and the show is set to premiere in a little over a month, on April 14.

The moody trailer sets the stage for the final battle between the living and the dead, fire and ice. Or at least, that’s what it looks like. However, it’s almost certain that almost every scene from the trailer is from the first three episodes of the six-episode season. This is hardly new for Game of Thrones, or any TV show trailer, really. Most trailers tend to be pretty top-heavy, so as not to inadvertently give away twists from earlier episodes by including telling shots from later episodes.

It’s especially clear that this Game of Thrones trailer is focused on the first three episodes because all the action appears to be teasing the defence of Winterfell against the army of the Night King. That battle, recently reported to be “the longest consecutive battle sequence ever committed to film,” is confirmed to take place in Episode 3.

With that in mind, let’s break down the Game of Thrones Season 8 trailer, especially as it pertains to the Battle of Winterfell. As to what lies in store for the second half of the season — or what’s happening in the south of Westeros — we have less to go on, but there are hints nonetheless. 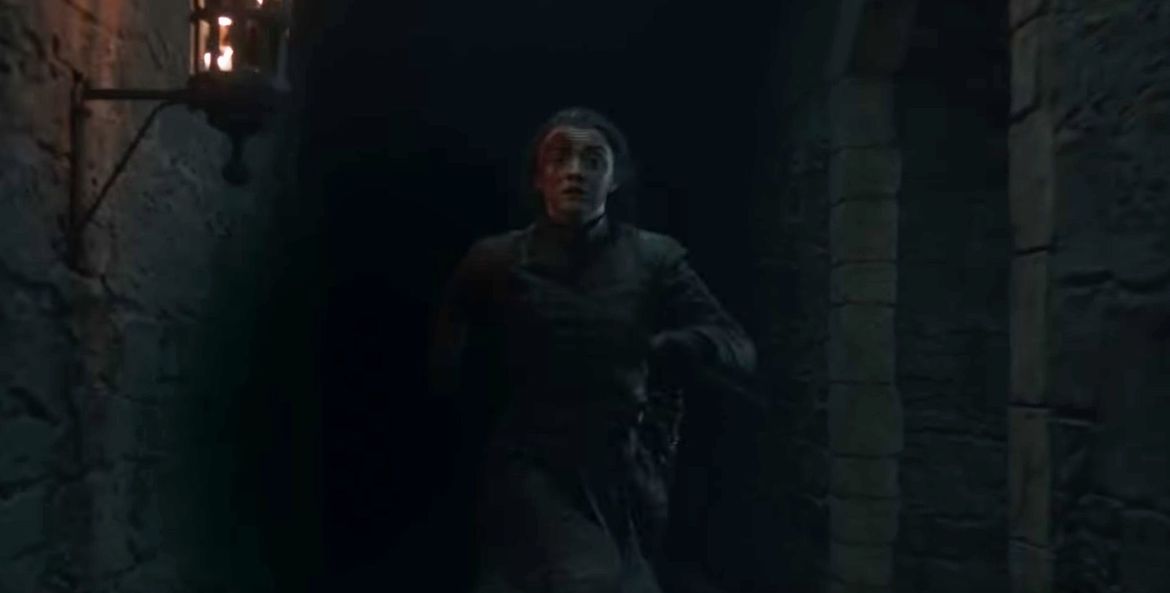 The trailer shows Arya running through the halls of what looks like Winterfell, while she looks scared, this quote from her suggests a confidence that this look of fear is hiding.

“I know death… he’s got many faces. I look forward to seeing this one.”

There’s a shot of Bran Stark and Samwell Tarly, who in the final episode of Season 7 learned that Jon Snow is actually a Targaryen, making him Daenerys’ nephew and the rightful heir to the Iron Throne. That secret will have to be revealed, and it will complicate Jon and Daenerys’ relationship. 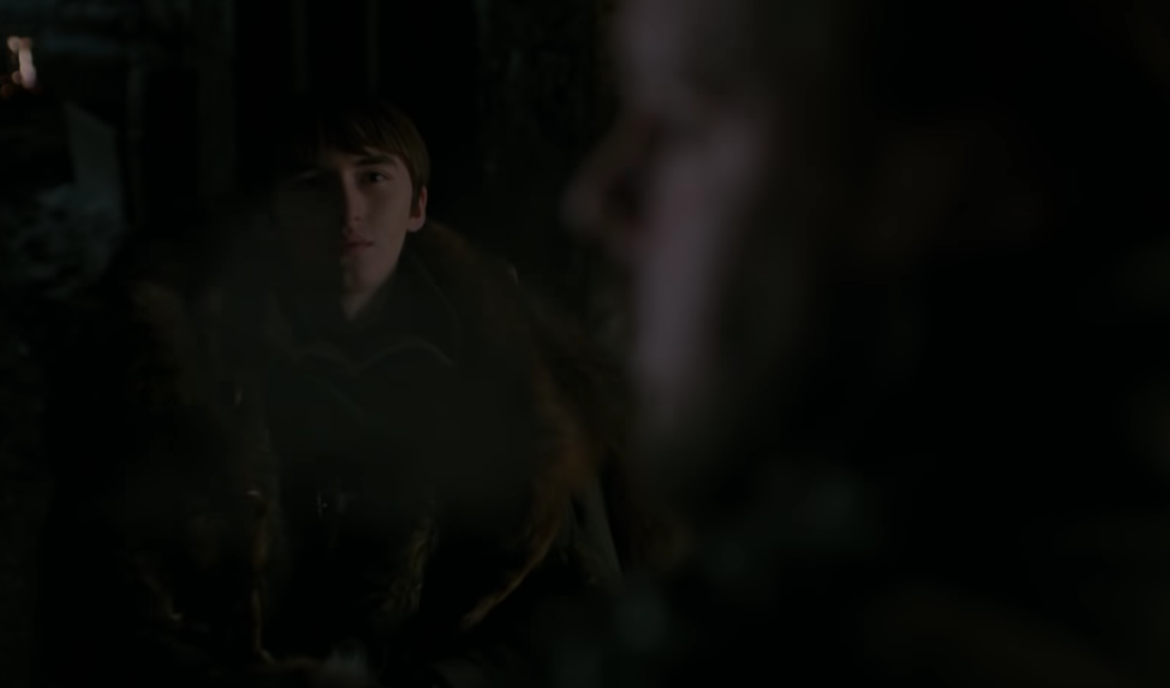 We don’t get too many revealing shots of what’s going on with Cersei down south in King’s Landing, but we see a glimpse of some Ironborn ships, filled with soldiers in gold armour. These are the Golden Company, the powerful mercenary group from Essos that Euron Greyjoy went to hire at the end of Season 7. They’ll constitute the bulk of the Lannisters’ fighting force in Season 8, but it’s unclear if they’ll make it up North to do battle with any White Walkers. Perhaps they’re players for later in Season 8. 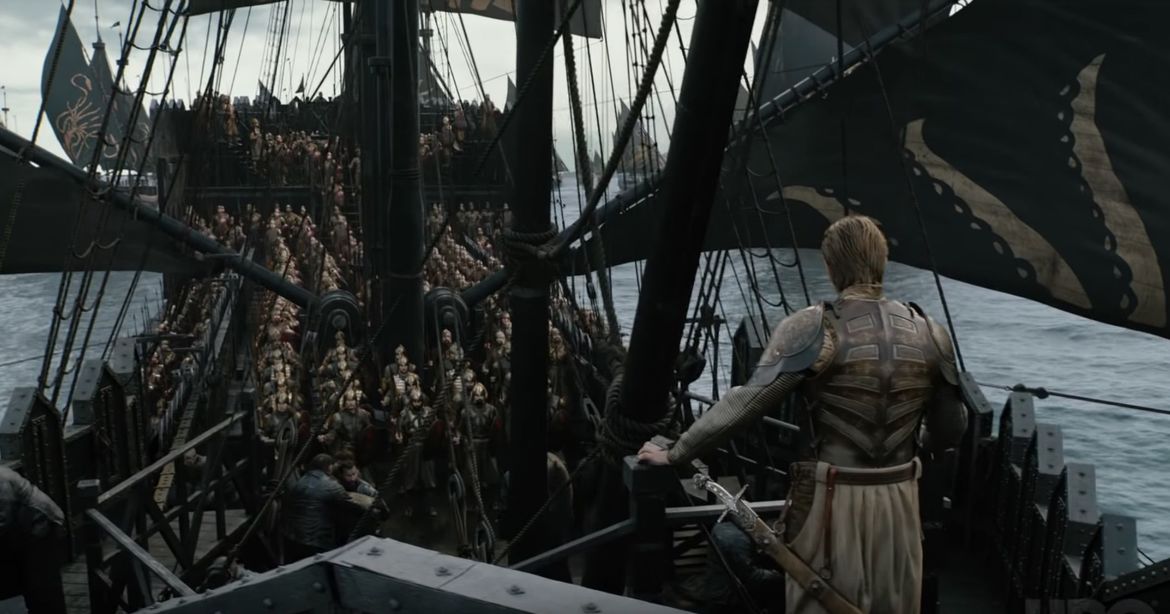 Meanwhile, back up in the North, we hear what’s presumably Jon telling his allies what to expect when they fight the Night King’s undead army. There’s a shot of Jon and Daenerys riding into Winterfell along with the Unsullied army and her two dragons. This is confirmed to take place in the season premiere. Earlier stories about the season have revealed that Sansa is not especially pleased that Jon has pledged loyalty to another queen and brought her to Winterfell, but perhaps she’ll be glad to have dragons on her side when the White Walkers attack.

From there, there’s a montage of various secondary characters preparing for battle. We see shots of Gendry, Jorah Mormont, Grey Worm, and Missandei. Odds are good that not all of them will survive the battle. 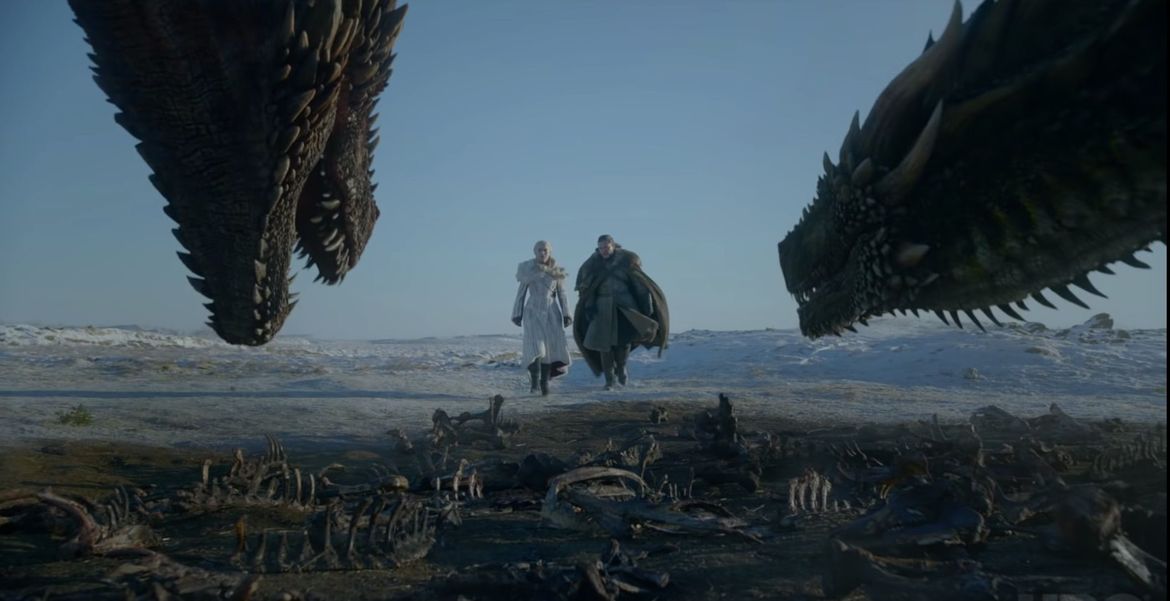 One shot is especially interesting — it’s Jon and Daenerys walking up to the two surviving dragons. Is this a hint that Jon is going to learn how to ride Rhaegal, the dragon named after his father?

Game of Thrones Season 8 premieres on April 14. The third episode, which is what this trailer is really teasing, will premiere on April 28.