Facebook has removed more than 14 million “pieces of terrorist content” on its platform till September this year that was related to the Islamic State (IS), Al-Qaeda and their affiliates.

In the second quarter (April-June) 2018, Facebook took action on 9.4 million pieces of terror content, the majority of which was old material surfaced using specialised techniques.

In the third quarter (July-September), takedowns of terrorist content declined to 3 million, of which 800,000 pieces of content were old.

“In both Q2 and Q3, we found more than 99 per cent of the IS and Al Qaeda content ultimately removed ourselves, before it was reported by anyone in our community,” Monika Bickert, Global Head of Policy Management, said in a blog post on Thursday.

“These figures represent significant increases from Q1 2018, when we took action on 1.9 million pieces of content, 640,000 of which was identified using specialized tools to find older content,” she added.

The US Department of Justice recently discovered an alleged IS supporter warning others to be careful when posting propaganda on Facebook, pointing to the network’s Q1 2018 terrorism removal metrics as evidence that pushing propaganda on the social media giant was getting more difficult. 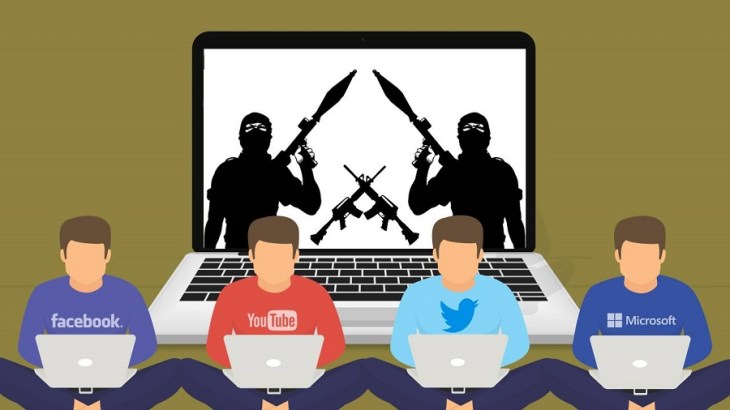 “We now use machine learning to assess Facebook posts that may signal support for IS or Al Qaeda,” said Brian Fishman, Head of Counterterrorism Policy at Facebook.

“In some cases, we will automatically remove posts when the machine learning tool indicates with very high confidence that the post contains support for terrorism.”

According to Facebook, the new machine learning tools have reduced the amount of time terrorist content — reported by its users stays on the platform — from 43 hours in Q1 2018 to 18 hours in Q3 2018.

“Our experiments to algorithmically identify violating text posts (what we refer to as language understanding) now work across 19 languages. We now also use audio- and text-hashing techniques for detecting terrorist content,” Bickert informed.

In Q2 2018, the median time on Facebook for newly uploaded content surfaced with its standard tools was about 14 hours — a significant increase from Q1 2018 — when the median time was less than 1 minute.

“The increase was prompted by multiple factors, including fixing a bug that prevented us from removing some content that violated our policies, and rolling out new detection and enforcement systems,” said Facebook

By Q3 2018, the median time on platform decreased to less than two minutes, “illustrating that the new detection systems had matured”.