Astronomy Jazz is a thing now…

Mark Heyer at the University of Massachusetts Amherst, has spent more than a quarter of a century dreaming about the sounds of space. 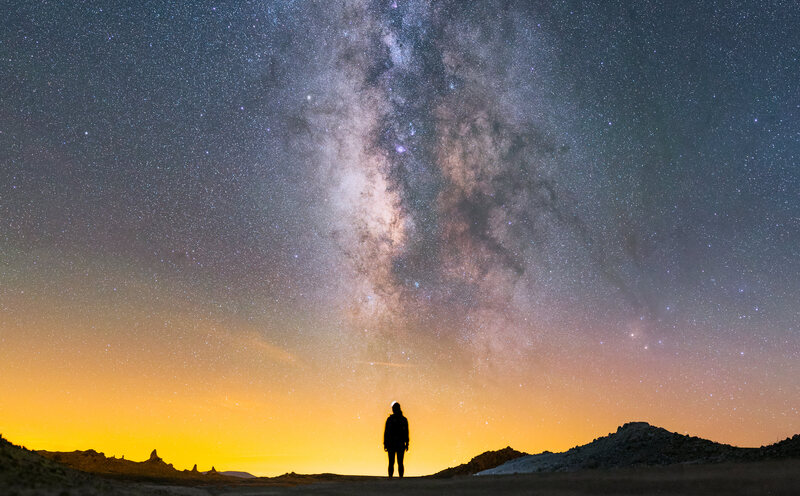 At first, he just wanted to get a better grasp on his data. Heyer studies galactic gases, and in the 1990s, he was using a telescope to collect 3-D measurements of specific clouds of gas in the Milky Way. He could see that the clouds were turbulent, often collapsing or expanding, but when he examined the data with the help of a computer, the velocity variable got lost. Heyer needed a way to visualize not just two points on a map, but what happened between them. Translating three dimensions into something viewable on a two-dimensional screen required a little creativity, and he landed on the idea of transforming the motion into sound. As you moved your cursor around, you’d hear something different; various pitches corresponded to various velocities. “Initially, it was a functional idea,” he says. “But if you’re going to that effort, why not make music?”

Eventually he wanted to scale up to a musical composition that captured the “sound” of the atomic, molecular, and ionized gases across the Milky Way. “I thought it would just sound like noise or randomness,” he says. “But the more I thought about it, I realized you’d be hearing the rotation of the galaxy,” which has “big, obvious motions,” he says. Heyer suspected that, by transforming the data collected by radio telescopes into a musical scale, he would end up with something rather consonant.

He just wasn’t sure exactly how to pull it off. Heyer couldn’t compose and play the music himself—he has dabbled with guitar and mandolin, but he’s not an especially skilled musician. Recently, he discovered that he could outsource some of the work to an algorithm.

Once he had the tools, Heyer knew he wanted to first try emulating the instruments of a jazz ensemble—but which ones? His simulator has over 100 instruments. Some didn’t make the cut because they wouldn’t be able to leap between octaves they way they’d need to in order to bring the data to life. The glockenspiel was an early casualty, as was the flute. “It’s such a high-pitched instrument, and there are so many low notes,” Heyer says. “You’d never hear it.”

In the final composition, titled Milky Way Blues, baritone saxophone represents the ionized gas, the bass represents atomic gas, and piano and wooden blocks draw from the data about molecular gas. High notes denote gas moving toward Earth, and low notes reference gas moving away. The longer the note, the greater the intensity.