Elon Musk could potentially be removed as Tesla chairman in June but that hasn’t stopped him from moving into new ventures. In a tweet he says “I’m starting a candy company & it’s going to be amazing,” followed by another tweet reading “I am super super serious.”

I am super super serious

Stop making all this boring garbage

Whether or not Musk will still be involved with Tesla is still to be determined, but this news of a candy company is certainly entertaining and one can only wonder if there will be a ludicrous sweetness level.

The candy idea is apparently part of a back and forth between Musk and billionaire investor Warren Buffett. It began earlier in the week when Musk, in Tesla’s latest earnings call, said economic moats are “lame.” A moat is a term coined by Buffett to describe a company’s competitive advantage.

Buffett, at his annual Berkshire Hathaway meeting Saturday, reportedly responded by saying moats are still a good idea — and that his See’s Candies business is a good example.

“Then I’m going to build a moat & fill it with candy,” Musk tweeted Saturday in a string of candy-related tweets. “Warren B will not be able to resist investing! Berkshire Hathaway kryptonite…”

This lead Buffett to retort, “Elon may turn things upside down in some areas. I don’t think he’d want to take us on in candy.” Buffett is the CEO of Berkshire Hathaway, which owns See’s Candies. Basically, he was saying that there are companies with sustainable “moats” and that the tech industry wouldn’t impact something like candy.

It’s hard to say whether this is a joke or if Musk will start an entire company to prove a point. This is the man who sold $500 flamethrowers.

Whether he’s serious or not, the internet was sure to get its say on the matter:

If you don't name it Space Rocks I'm not buying it

And why candy, you say? He’s Elon Musk. He does what he wants. 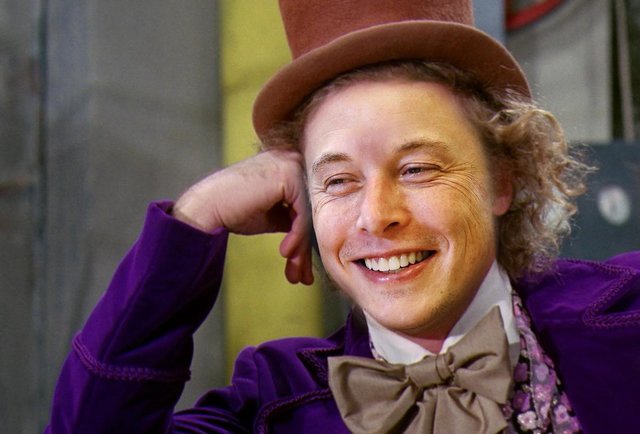