Deadpool 2: Who is Cable and Why You Should Care

With Cable making his film debut in Deadpool 2, where he’ll be played by Josh Brolin (you know, the guy who played that minor villain in the moderately successful, low budget Marvel movie), so casual/non-comic fans who heard he would be in the Deadpool sequel were asking “Who is Cable and why should I care?” 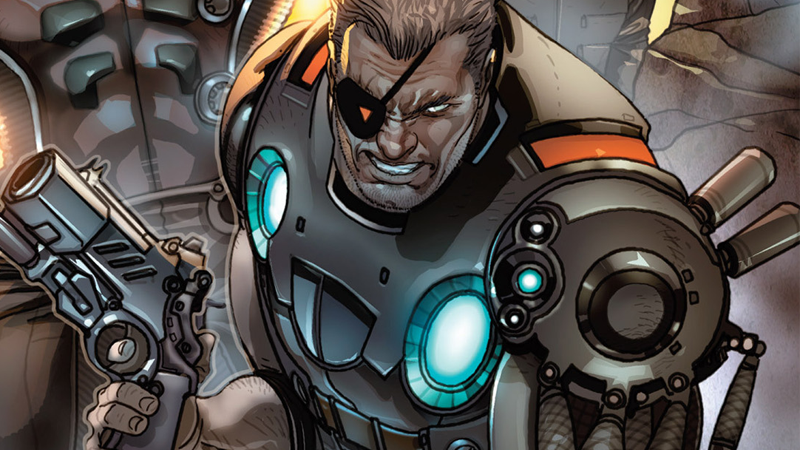 How He Became Cable

The man known as Cable was born Nathan Summers to Scott Summers, the X-Man known as Cyclops, and his wife Madelyne Pryor. Soon after Nathan was born, Scott’s first love, Jean Grey, returned from the dead. Scott left Madelyne and baby Nathan. Madelyne left baby Nathan with relatives to go to the aid of the X-Men. After Madelyne and the X-Men were believed to be killed in Dallas by the Adversary (they were actually relocated to Australia and made undetectable). Cyclops returned to Nathan and they formed the new team, X-Factor.

Madelyne was captured by the being known as Mister Sinister who revealed her true history to her. Madelyne was a clone of Jean Grey that Sinister created to seduce Scott Summers and produce a child that Sinister would control. Pryor became aware of her latent telekinetic and telepathic abilities, and became the Goblin Queen. The Goblin Queen, in an effort to keep a portal between Earth and the demon-infested dimension of Limbo open, kidnapped baby Nathan to use as a sacrifice. Nathan was rescued by a combined effort of the X-Men and X-Factor, and Pryor was believed to be killed by Jean Grey.

Soon after his rescue, Nathan was infected with a techno-organic virus by Apocalypse. As the virus spread throughout Nathan’s body, threatening to turn Nathan into a body of liquid metal and organic steel, a member of the Clan Askani appeared from 2000 years in the future to Cyclops, saying Nathan would be a saviour in their time, and that the they would cure him of the virus. Choosing to save his son’s life, believing that he would never see him again, Cyclops agreed, and Nathan was taken 2000 years into an alternate future.

In this future, Nathan was raised as the Askani’s son who was promised to rid the future world of the rule of Apocalypse.

As part of his mission as the Askani’s son, Cable returned to the 20th century to foil the plans of Apocalypse and Stryfe, who had also returned to that time and formed the Mutant Liberation Front. Nathan, now calling himself Cable, formed a mercenary group called the Wild Pack, later known as the Six Pack, which included the future X-Force member known as Domino.

Cable is a mutant whose physical strength has been enhanced to superhuman levels. His mutant powers are his vast telepathic and telekinetic abilities, inherited from his mother. He can levitate objects and to create protective force shields. He must continually these powers to prevent the techno-organic virus from spreading to the rest of his body. His techno-organic left arm and shoulder possess even greater strength than his organic ones. Cable’s techno-organic right eye can see into the infrared spectrum.

Deadpool and Cable in the Comics

This odd couple is actually an entertaining duo in the comics. A wisecracking invulnerable mercenary in red spandex and a cyborg soldier from a desolate future. In the pages of the comic books, Deadpool and Cable have teamed up various times, resulting in wtf moments, beat ups, and badassery.