Batman: Damned is a supernatural murder mystery filled with madness and monsters and a tone so dark as to potentially be off-putting for those who want a more traditional superhero tale. If dark, ultra-serious Bat-books filled with a certain level of realism are your jam, then this is  likely the book for you, and it’s a testament to the character that Batman can inhabit these types of stories just as equally as he can more colourful superhero stories. But when a book goes so far as to expose Bruce Wayne’s… Bat-Junk (yes, you read that correctly, this book show’s Batman’s p*nis), in order to prove to you that comics aren’t for kids anymore, some people might say that’s trying a little too hard. 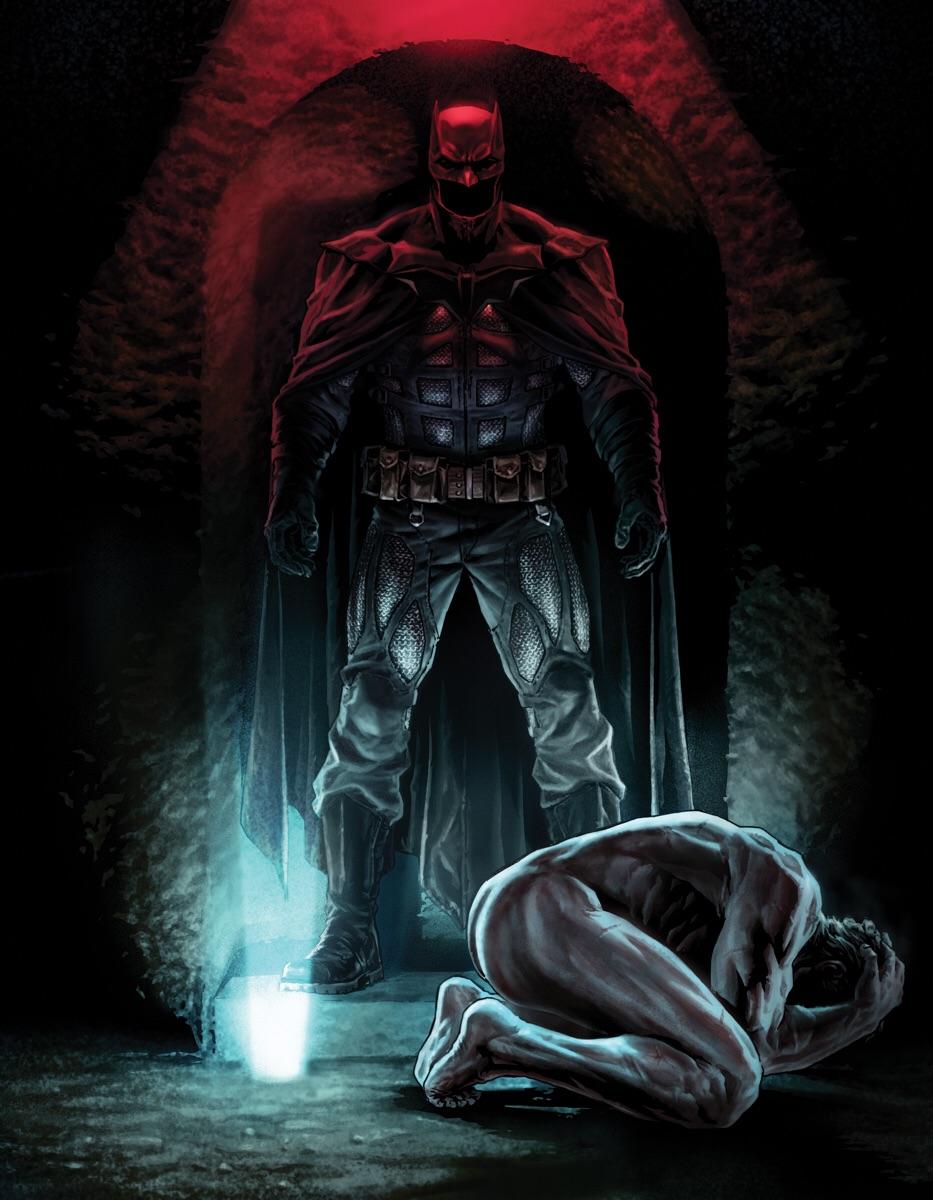 But just look at that cover!

So what’s the story? We’ve got a great premise, rife with possibilities: Batman has suffered a setback in which it would appear he might have been killed? But death isn’t the end in the shadowy underground home to someone like John Constantine (let’s not forget he himself cheated death by outsmarting the devil). Constantine isn’t exactly forthcoming with answers and Batman isn’t even sure what the questions are, but to make this an even stickier wicket, apparently the Joker has been “killed” as well.

Batman begins to investigate, teetering between the present and his murky memories–not only of what happened that landed him on Constantine’s radar (and possibly in his debt), but of things much longer past: about his father and his idyllic childhood that probably never existed.