The five-time Ballon d’Or winner finally broke his duck, that too in a great fashion by scoring a brace against Sassuolo.

@cristiano has his first Juventus goal!

Coming back to our topic — Ronaldo’s brace.

Juventus and Cristiano Ronaldo saw a goalless first half with the opposition looking stronger on the pitch. It was 5 minutes into the second half and the newly arrived man gave the home crowd something to cheer about. Joao Cancelo’s cross found Leonardo Bonucci’s foot, which was tried to put away for a corner by Sassuolo defender Marlon Santos. However, the ball hit the pole and bounced back to be fired inside by an unmarked Cristiano Ronaldo. The man welcomed his first in a Juve jersey with the iconic Siiiiiii celebration! 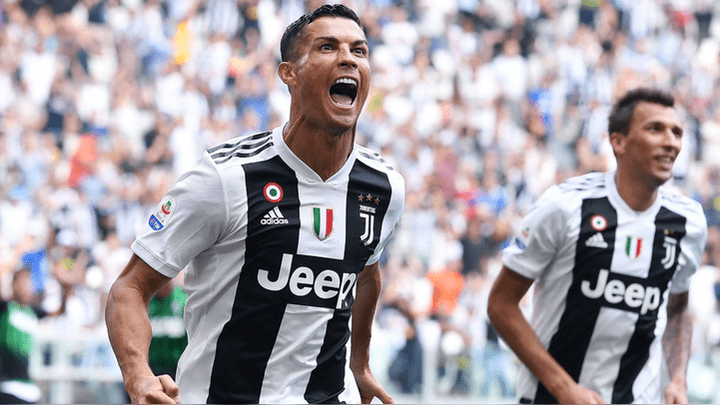 15 minutes after the first goal, a brilliant counter-attack from the Old Lady saw Cristiano Ronaldo double the number. A swift defence penetrating pass from Emre Can was received by Ronaldo, who then effortlessly slotted it to the far post with his left foot.

The fans and the teammates looked happy after seeing Cristiano Ronaldo open his Juve account. We all know for a fact that no matter how slow the start would be, Cristiano Ronaldo always manages to end up top. Let us wait and see if it would be the case this time too.

Juventus are preparing themselves for a trip to Valencia for the Champions League opening game-week on 20th September. With Cristiano Ronaldo on their side, the Bianconeri are now lethal opponents to any side in Europe.