Chris Hemsworth was spotted at Ahmedabad airport! The Avengers star is in India to shoot for a Netflix Film, Dhaka with Manoj Bajpayee, Randeep Hooda. The actor is expected to be in Mumbai as well.

The actor who plays Thor in the Marvel Cinematic Universe, took selfies with his Indian fans. 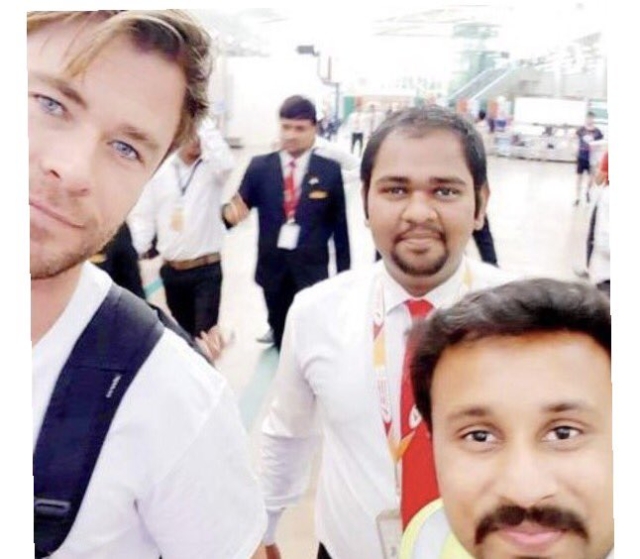 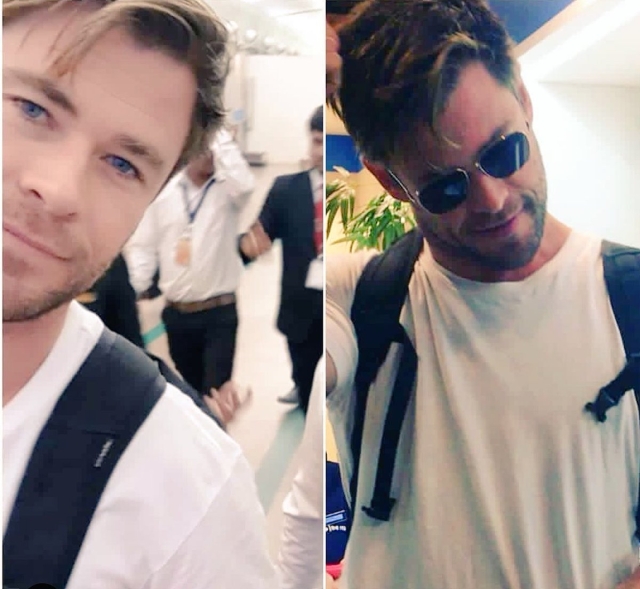 Hemsworth has been roped in for India-set kidnap drama Dhaka, which will mark directorial debut of Sam Hargrave.

Joe and Anthony Russo, who worked with Hemsworth and Hargrave when they directed Avengers: Infinity War and two Captain America movies, are producing via their AGBO banner. The action thriller is set up at Netflix, reports deadline.com.

Dhaka is an action film in which Hemsworth has to liberate a kidnapped Indian boy. Physically brave but an emotional coward, the man has to come to terms with his identity and sense of self. The script is written by Joe Russo and he’s producing with his brother, AGBO’s Mike Larocca, Thematic Entertainment’s Hemsworth and Ben Grayson.

The project is due to begin shooting in November and film until March 2019 in locales in India and Indonesia.