Chinese Engineer Fails to Find Wife and Marries a Robot

We’ve already covered the startup that wants to upload your consciousness to the cloud, and spy dolphins. In other strange “Black Mirror is real” type news, we have a man who married a robot in China.

Zheng Jiajia, 31, an artificial intelligence expert who designs and creates robots in Hangzhou, Zhejiang province, created the “female” robot at the end of last year, the Qianjiang Evening News reported. The robot, which he named Yingying, can identify Chinese characters and images and even say a few simple words, the report said. Zheng “married” his creation in a simple ceremony on Friday, according to the report. Yingying wore a black suit on her wedding day and her head was covered with a red scarf during the ceremony in a traditional Chinese wedding ritual.

Zheng’s mother and his friends attended the ceremony. One of his friends told the newspaper that Zheng had grown frustrated after failing to find a girlfriend. The report said Zheng planned to upgrade his robot “wife” to enable her to walk and even help out with housework. Until then he has to carry the 30kg robot to move her.

“You won’t have her mother looking down on you, you don’t have the pressure to buy a home and you get to save money and energy,” a user wrote on WeChat, a popular social network. 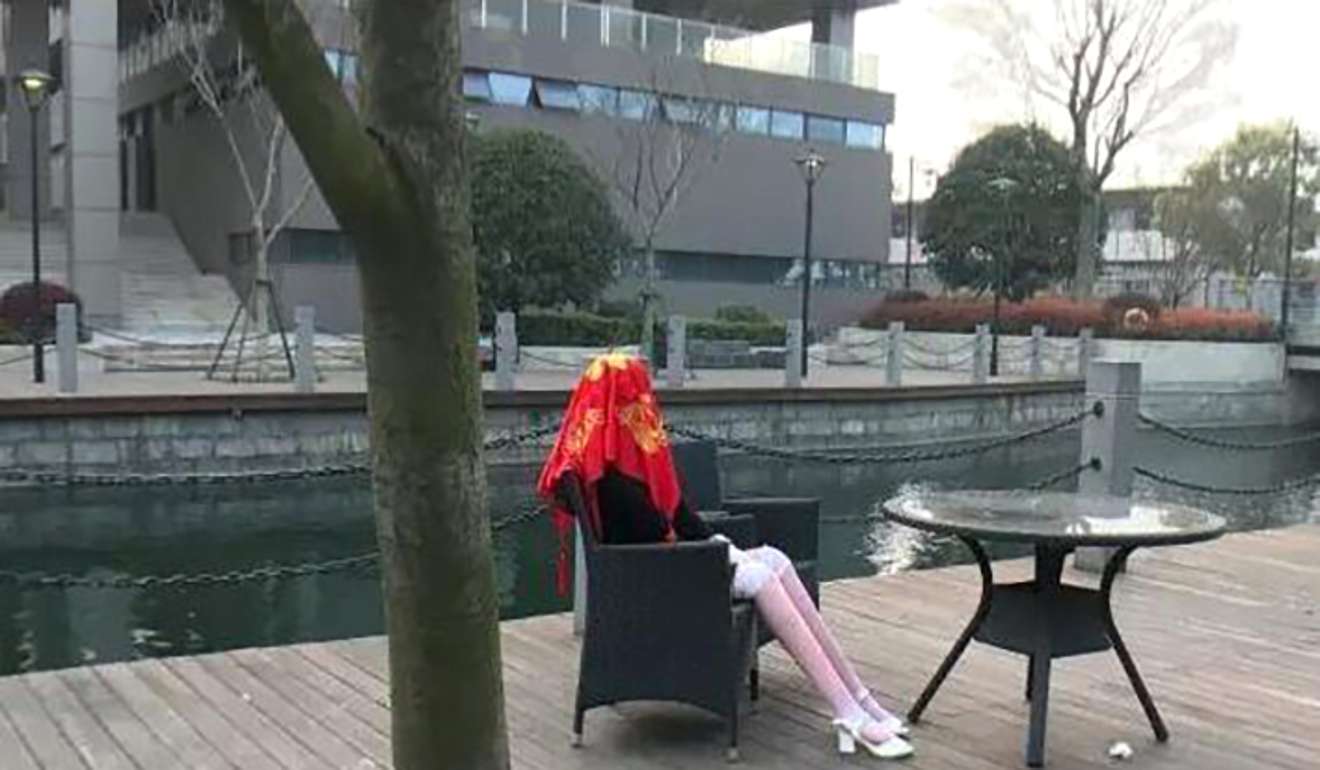 Some things you just cannot argue with…

China has one of the worst gender gaps in the world, mainly due to sex-selective abortions after the introduction of the country’s widely criticised one-child policy, which for decades controlled how many children each family could have.

There are 113.5 men for every 100 women in China, according to the latest figures published by the World Economic Forum. The gender imbalance, coupled with changing attitudes towards marriage among the country’s middle class, means many men will never find wives. So this may well be the beginning of a new marriage trend in the country.