“I was brought to the Sneha Care Home after I lost my mother to AIDS as a child. Everything I am now, is because of sports,”

The conviction with which the 17-year-old speaks shows a maturity far beyond his years. Te says speaking at the organizations’ ‘Champion in Me’ event. Pavan is one of many teens living with HIV/AIDS in India. He is also one of thousands of children living with HIV/AIDS who’ve been trained in sports as part of a program by the Bangalore Schools Sports Foundation.

According to recent reports, India is home to the largest population of children living with HIV/AIDS in all of South Asia. 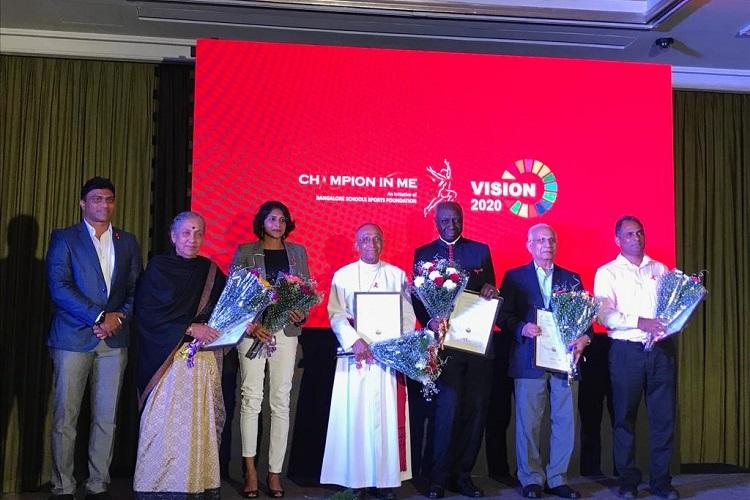 It has been approximated that around 1,20,000 children and teens between 0-19 years of age live with HIV. The ‘Champion in Me’ program is a sports event which was introduced by the Bangalore Schools Sports Foundation (BSSF) in 2008 for children living with HIV/AIDS. It aims to empower children afflicted with HIV by training them in sports and giving them the opportunity to compete with others. Pavan is one among thousands of such children.

From relay races to sprints and more, children practice several athletic sports and have even competed and won in various international tournaments. “I’ve been to many places, even Thailand, and have won in tournaments there,” says a chirpy Preethi*, another teen accompanying Pavan. “It’s these activities which have allowed me to look beyond the stigma that is attached to living with AIDS, she adds.”

Sports has been utilized to allow the children to live a life without being constrained by the stigma attached to their condition. “For over a decade now, we have trained our children to overcome the obstacles they may face because they’ve been born with HIV/AIDS,” said BSSF Director Elvis Joseph.

Sexual contact with an infected individual, blood transfusions, needle stick injuries, intravenous drug abuse, and mother to unborn child transmissions are some ways in which the virus is spread. The virus affects the immune system and impairs its ability to fight off against even common infections. This leads to people succumbing to AIDS because their immunity is low.

Antiretroviral medications are given as a treatment to delay the onset of AIDS, while supportive measures are given for other infections an individual may contract as a result of having AIDS. However, there is no known cure for AIDS.