Some artwork leaked online, giving us what may be our first look at the much awaited sequel to Avengers: Infinity War. Marvel Studios is currently keeping every detail about Avengers 4 quiet, even refusing to announce the film’s title. That high degree of secrecy makes the image especially exciting.

It’s impossible to say for certain that this artwork is not a fake. The website that originally published it didn’t give any sources, so it should be taken with a pinch of salt. At the same time, this image is unlike anything we’ve seen. It shows all the characters who survived the “snap,” and new costumes for some of the Avengers. That would make sense, as modern superhero blockbusters really make their money off toy and other sales, and new costumes mean more sales. So, this does actually feel like it could be a real leak.

So let’s assume that the image is real and go through some of the things we noticed!

Avengers: Infinity War‘s post-credits scene showed Nick Fury send a call for help to Captain Marvel. This art shows Captain Marvel – in her traditional colors, not the green and gray on from the on-set photos – in the leaked photo she looks like a key member of the Avengers! 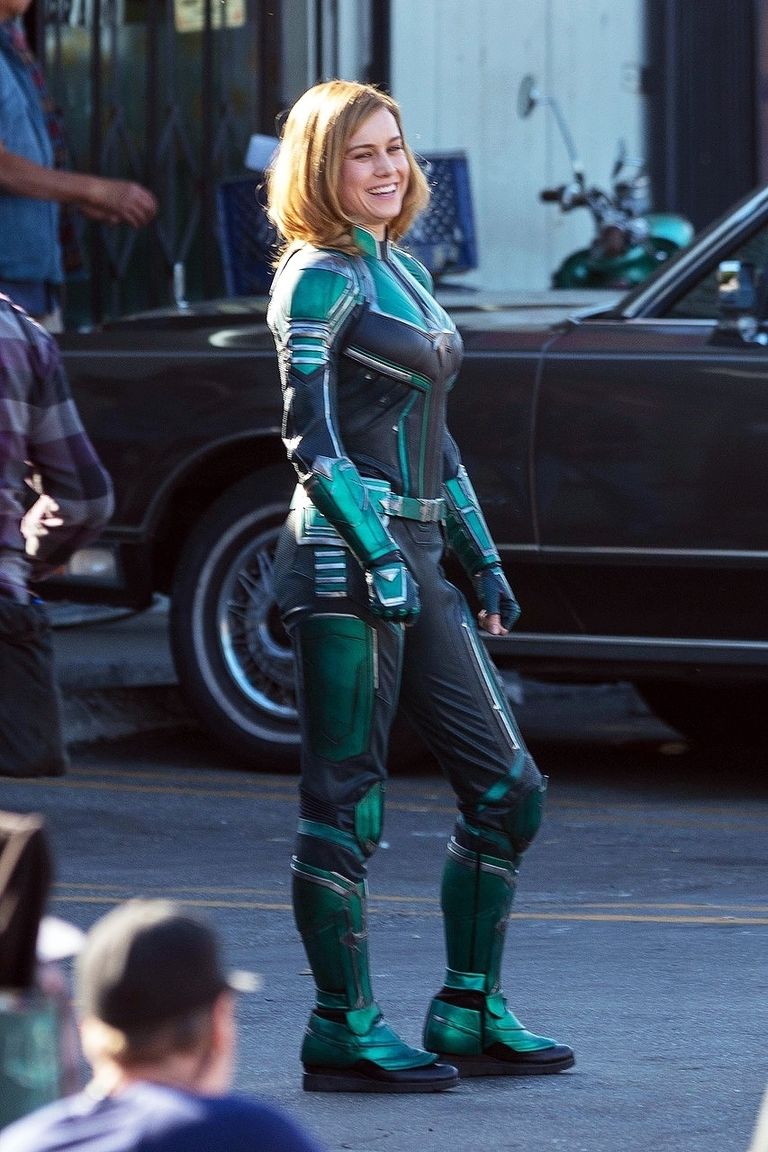 The Hulk is Wearing Clothes!

This art seems to indicate a development which matches with other rumors about Avengers 4: the cinematic introduction of Professor Hulk. Basically the “best of both worlds” version of Hulk/Banner, with Banner’s intelligence and Hulk’s strength. Also, looks like he finally found a stretchy outfit.

War Machine Gets a Hardware Upgrade

The artwork shows War Machine in a different suit – one that’s a bit bulkier, and with a massive mounted gun. Infinity War closed with Rhodey in Wakanda, and if Shuri survived the snap, she may have given him some tech.

Wasp’s is nowhere to be seen in this this image. She may actually be a victim of the Thanos “snap,” killed at the end of Infinity War. If that is the case, Wasp’s role in Avengers 4 must be after the Avengers have either undone or prevented Thanos’ killing spree.

Captain America Does Some Grooming

THE AUDACITY TO WIPE OUT CAP'S BEARD? NOT IN MY HOUSE.

Also, if I’m right, we might be mourning him too.