For the Indian cricket fans, today is the day!

India will be facing Pakistan in the last ODI of Group A. The neighbours have secured their berths in the Super Four and will be fighting it out today for the top spot in Group A. It was hardly some hours ago the Men in Blue played Hong Kong and now soon they’ll be up against Pak.

In India’s previous match, they experienced a scare from the weaker side— Hong Kong. HK’s 259/8 is the second highest by an associate team against India. Also, the 174 run opening stand by Nizakat Khan – A Rath is the second most opening partnership in a lost cause.

Shikhar Dhawan grabbed the Man of the Match award for his 127 off 120 deliveries. Coming back to the present day, India without Kohli is a bit under pressure while facing a team like Pakistan. However, the Men in Blue have their trust in captain Rohit Sharma who is always massive against bitter rivals. Newcomer Khaleel Ahmed looks good alongside Yuzvendra Chahal, Kuldeep Yadav and Shikhar Dhawan.

Pakistan’s stronger side being bowling, they’ll be trying to make the most out of Kohli’s absence and hunt down Indian batting line up the wicket. 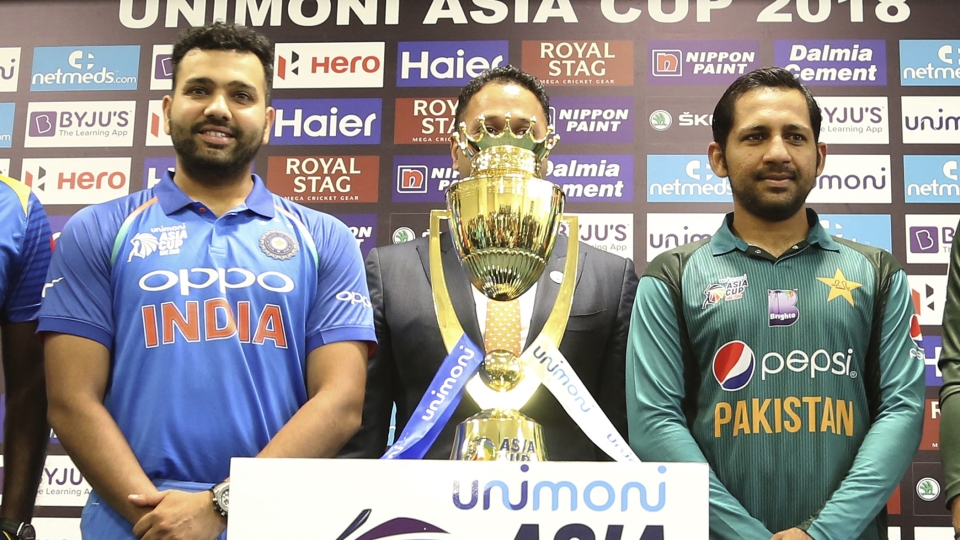 Yet again, the wicket should be slow and a score somewhere around 250 to 300 can be expected.
It is pride at stake more than the points today. The match will be commencing at 17:00 IST at Dubai International Cricket Stadium.