Avengers: Infinity War releases next month and the hype is real. As everyone and their grandmother is already stoked, we thought we’d fan the flames by putting up a list of the top ten craziest things that happened in the Infinity War comic book. While the movie story is likely to deviate greatly from the comic, here’s hoping we get to see some of them in the movie. SPOILER warning for anyone planning on reading.

1. Thanos tells the entire universe “Come at me, bro!”

The Infinity Gauntlet comic on which the movie is based has death and destruction on an epic scale. Thanos destroys half of all life in the universe just by snapping his fingers. With the other half trying their best to kill him, he just tells them to come and get him. Thanos is boss!

Thanos kills Cyclops. This really pisses off Captain America. He has this epic staring contest with Thanos and tells him that as long as one man is willing to stand against him, he will never win. Thanos promptly breaks his shield in one hit.

In the aftermath of the Thanos making the universe his bitch with the Infinity Gauntlet, a secret organization consisting of the most powerful and intelligent beings in the universe. This organization was called the Illuminati. The Illuminati was responsible for the superhuman world and to shape the rest of the world around it. Its members were Doctor Strange; Black Bolt, King of the Inhumans; Charles Xavier, founder of the X-Men and mutant rights activist; Reed Richards, founding member of the Fantastic Four; Namor the Sub-Mariner, King of Atlantis; and Iron Man (Tony Stark). 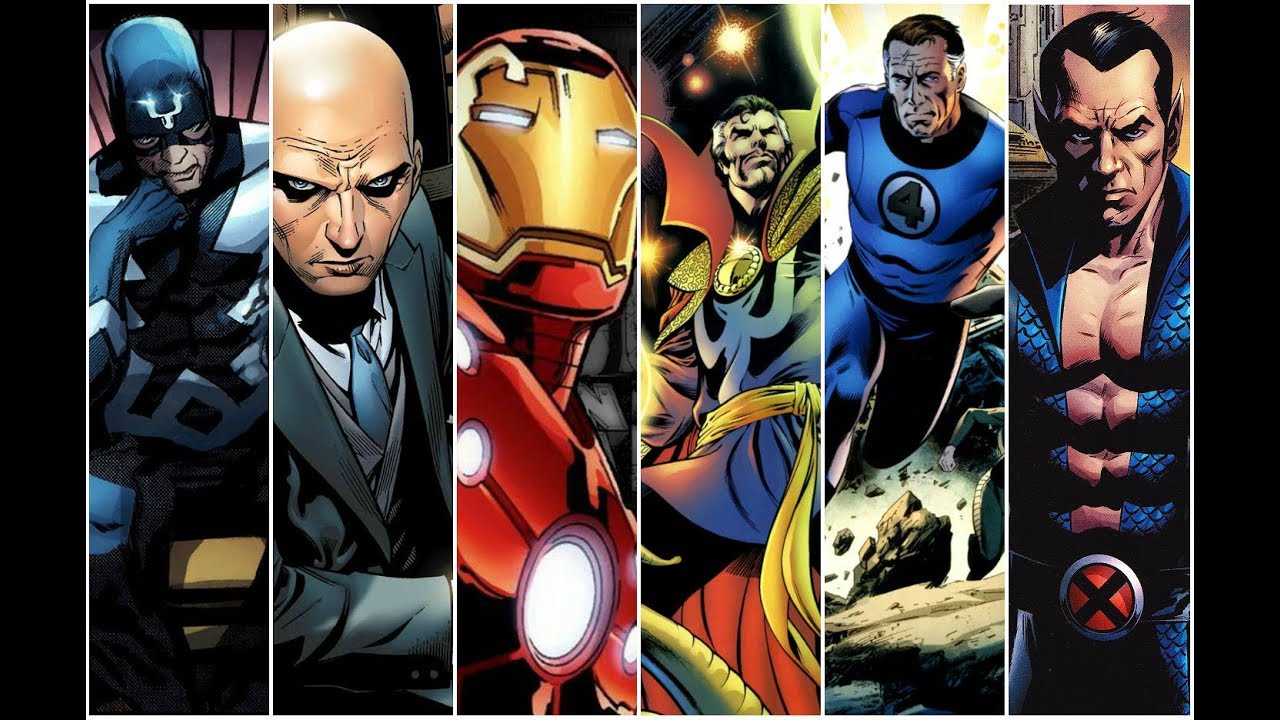 In the comics, Thanos is really into necrophilia. He is in love with Mistress Death. Yes, the literal female embodiment of death, but when he goes for a booty call in the Infinity Gauntlet story, he gets rejected pretty hard. Side note, Mistress Death also has a thing going on with Deadpool. At the end of the Infinity Gauntlet storyline, after failing to destroy all life in the universe to please his lady love, Mistress Death, Thanos decides to settle down on a distant planet. He lives off the land as a simple farmer and contemplates his actions. Frankly, the Mad Titan manuring fields seems like too tame an ending for this epic showdown that’s been built up over several movies. Will this be the ending in the upcoming movie too? We wonder…

Anyone who’s seen the X-Men movies or Logan (Damn, Logan was awesome) knows that If there’s one Marvel character who can take a ton of punishment, its Wolverine. This is because his whole skeleton is covered in nearly indestructible metal, Adamantium and his insane healing factor. Thanos doesn’t care, though. He uses his cosmic powers to liquify his bones.

7. Giving Deadpool the “Gift” of Immortality

We already talked about the weird love triangle between Thanos, Deadpool and Mistress Death. So Thanos sabotaged Deadpool by cursing him with immortality so that he can never die and spend an eternity with death looming large but never fulfilling. It’d be really cool to see Deadpool and Thanos competing for the love of the goddess of death on the big screen, but since Deadpool is a part of Fox’s X-Men universe, this is unlikely to ever happen.

Rhodey already had his back broken as result of being shot out of the sky in Captain America: Civil War, so this is probably not going to happen in the movies, but the comics have second Civil War in which Thanos straight up murders War Machine. 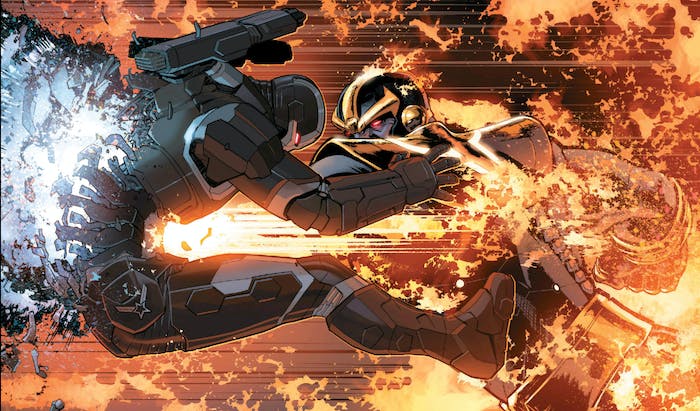 Anyone who’s seen Guardians of the Galaxy knows that Drax the Destroyer wants revenge on Thanos for killing his family. We might see the epic grudge match of Batitista vs Thanos in the MCU. We are unlikely to see the end of this match-up as it was shown in the comics. Drax ripping Thanos’ heart from his chest might be too bloody for the family-friendly MCU.

There have been many crazy-ass rides in comics, both in DC and Marvel. Batman has the Batmobile and Wonder Woman has her Invisible Jet. The Thanoscopter has to be one of the more ridiculous ones. An Issue of Super Spidey Stories has the purple intergalactic dictator flying around in a helicopter trying to murder Hellcat. Comic books are strange. 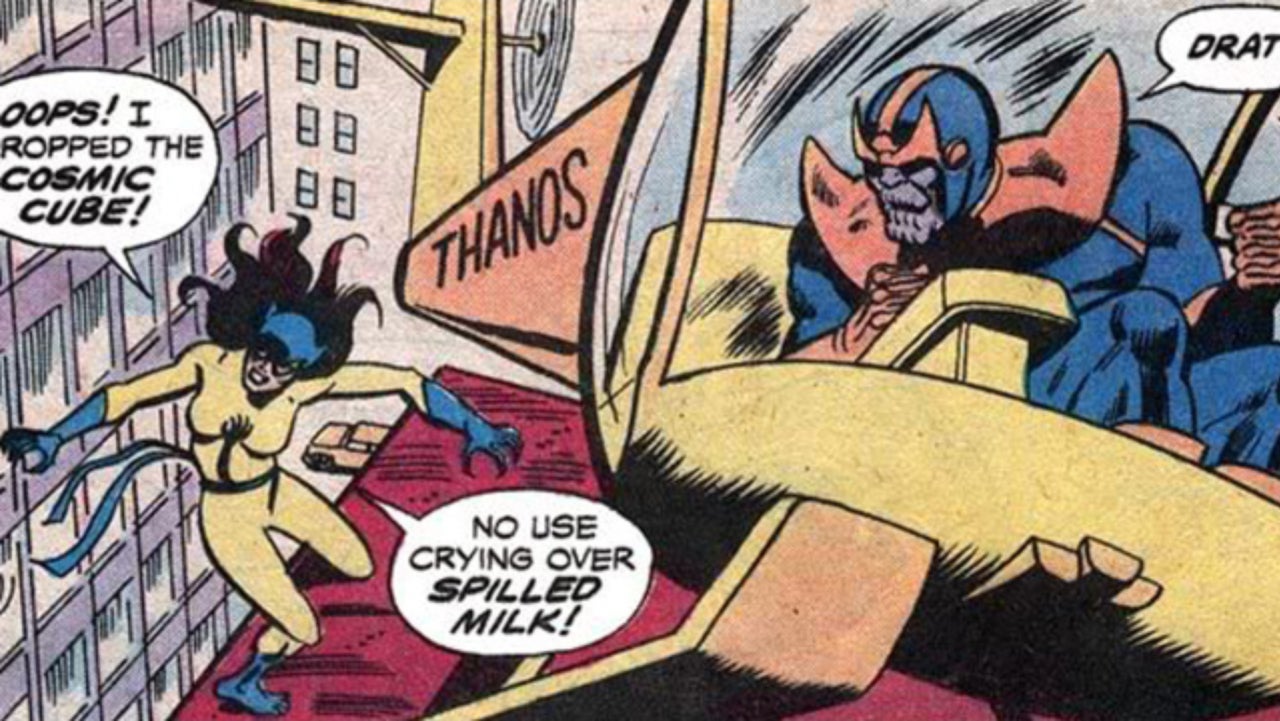 Make sure you have subscribed to the notifications from Dopewope on Facebook to get all the latest dope from the comic world. Do give us a thumbs up if you liked this story and would like to see more of these.